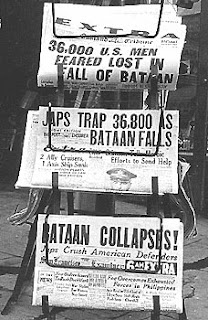 70th Anniversary of the Defense the Philippines, Bataan Death March and the Fall of Corregidor to be Held in Washington

April 9th 2012, Washington, DC – Commemorative events will be held in Washington, DC April 24-25 to remember the heroic American defense of the Philippines against Imperial Japan in the early months of World War II. Survivors from the Bataan Death March and the battle of Corregidor will attend.

The 70th Anniversary of the infamous Bataan Death March is today, April 9th, and the surrender of Corregidor marking the fall of the Philippines is May 6th.

The veterans from the Battle of the Philippines coming to Washington include past national commanders of the now-disbanded American Defenders of Bataan and Corregidor (ADBC) who traveled to Japan in 2010 and 2011 to receive an official apology from the Government of Japan for their maltreatment and to visit their former POW camps. The death rate and incidence of post-traumatic stress for American POWs of Japan was the greatest of any American conflict.

Participating is Bataan Death March survivor Dr. Lester Tenney of California, the last national commander of the ADBC and instrumental in persuading the Government of Japan to offer American former POWs an apology and a program to visit Japan. He is the founder of Care Packages from Home for soldiers in Iraq and Afghanistan.

Also participating is Death March survivor Mr. Ben Steele of Montana who has chronicled the horrors of the Death March and Japan’s POW camps through his award-winning paintings and drawings. Mr. Donald Versaw of California is the last of the “China Marines” (4th Marine Regiment who were stationed in Shanghai, China) who fought on Corregidor. Mr. Rolwand Towery of Texas, who fought in the battle for Corregidor, is a Pulitzer prize winner. Mr. Joe Alexander of Texas at 14 was the youngest member of the Army Air Corps on Bataan and became a POW of Japan at 15.

Special Guest: Ms. Kinue Tokudome, Kagoshima, Japan. Founder of the US-Japan Dialogue on POWs, who accompanied the POWs on their return to their POW camps.

The schedule of events includes a wreath laying at the World War II Memorial, a roundtable discussion on the legacy of the Bataan Death March hosted by Congressman Brian Bilbray (R-CA) and Mike Honda (D-CA), a luncheon hosted by the Disabled American Veterans association and The Heritage Foundation with today’s Wounded Warriors, a dinner hosted by the VFW, and a reception hosted by U.S. Senator Dianne Feinstein (D-CA). There will also be meetings with Japanese Ambassador Ichiro Fujisaki and Assistant Secretary of State for East Asia and the Pacific Kurt Campbell.

According to Mindy Kotler of Asia Policy Point, a Washington research center, the Commemoration “will be unique and likely last opportunity to honor these heroes.” These men “made history during World War II by participating in the defense of the Philippines as well as recently by accepting one of the very few official, specific Japanese government apologies for its wartime atrocities.” These veterans now hope that the Japanese companies that used them as slave labor while they were POWs will follow the example of their government.


FOR MORE INFORMATION
at 7:47 AM No comments: 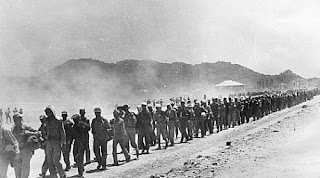 Seventy years have passed since Gen. Edward King, commander of all U.S. armed forces on Bataan, announced to his men, “We have no further means of organized resistance, we are low on ammunition, have virtually no medical supplies, and our food is all but gone. With our front lines nearly destroyed and both flanks severely weakened, the situation is hopeless. If I do not surrender all forces to the Japanese today, Bataan will be known around the world as the greatest slaughter in history.”

April 9, 1942, became the date of the worst military defeat in our nation’s history. Some 12,000 Americans and 58,000 Filipino troops were captured that day – 20,000 were patients in field hospitals, and the remaining men had diseases. Only 1,700 who started the Bataan Death March came home. Many bodies were left along the road, and thousands more were killed when the “Hell Ships” they were on were bombed and torpedoed by American aircraft and submarines.

Gen. King’s decision to surrender was in contradiction to Gen. Douglas MacArthur’s order of “No Surrender.” MacArthur said, “If all else fails you will charge the enemy.” Knowing he could be court-martialed, King, believing this may be the only chance for his men to survive, ordered the surrender.

The Japanese military believed in the Samurai code of conduct, known as Bushido, which held that the true warrior was willing to die for the emperor, and would never surrender. And so we marched, constantly being told we were lower than dogs for surrendering. It was called a death march not because of how many died, but because of the way they died. If you stopped you were killed, if you had a malaria attack you were killed, and if you had dysentery and had to stop, you were killed. And how did they kill you ... by shooting or bayoneting you, or by decapitation. And in one instance, as others had to watch, they buried a soldier alive. If you survived the Bataan Death March and the first prison camp, you were then herded onto old unmarked Japanese freighters, known as “Hell Ships,” for the trip to Japan. Twenty-six hell ships were sunk by American air and sea forces, taking thousands of American lives.

If we survived the Bataan March, the POW camp in the Philippines and the hell ship to Japan, we were then placed into forced labor with some of Japan’s leading industrial giants, such as Mitsui, Mitsubishi, Nippon Sharyo and Kawasaki, working in their mines, on their docks or in their factories. Although we were their slaves, the companies failed to feed us adequately, failed to take care of our medical needs and failed to stop the physical abuse that was orchestrated and carried out by the civilian workers of those same Japanese companies. The everyday beatings with shovels, hammers and pickaxes caused many severe lifetime injuries to those of us who survived.

The reason you haven’t heard these details is because most former POWs were required to sign a military document stating we would not discuss events while a POW without obtaining approval from the War Department. Doing so could result in severe penalties, or court-martial. And so we kept quiet all these years, but now after 70 years we must speak out, as we have some unfinished business to take care of.

Time is a great healer; we have gotten on with our lives, but we still have some unfinished business we must attend to before we meet our maker. An apology from those Japanese companies is necessary in order to wipe away those injustices. Though we could never control when or where we might die, we always could control how we lived. We never lost faith in our God or our country. Dying was easy: It’s the living that’s hard.

By Lester Tenney, 92, a Bataan Death March survivor, is a Carlsbad, California resident and the last National Commander of the American Defenders of Bataan and Corregidor. 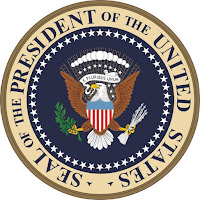