Japan still struggles to escape its wartime past - of Slave Labor 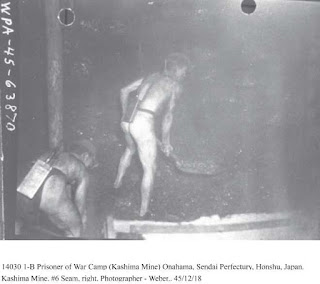 Memories may fade, but history does not die away so easily, especially when competing versions of the past are at stake.

So, it is hardly a surprise that Japan's controversial Second World War record has once more been thrust into the limelight.

In the latest development, on Oct. 30, the South Korean Supreme Court ordered Nippon Steel & Sumitomo Metal, two Japanese manufacturing companies active in the war, to pay $88,000 each to four Koreans as compensation for unpaid work between 1941 and 1943.

When a quiet response might have reaped results -- and won time for reflection -- Abe pledged to hang tough, saying Tokyo "will handle this situation with firmness."

Japan argues that a 1965 Tokyo-Seoul treaty covers all manner of past sins. It normalized bilateral relations tainted by 35 years of colonial rule in Korea from 1910 to 1945. From Tokyo's standpoint, all issues concerning wartime labor were resolved 53 years ago and it is time Asia moved on.

Fair or not, that narrative is not traveling or aging well. If a court ruling involving four people (three of whom are dead) makes Abe and other Japanese nationalists squirm, imagine what lies in store if more Korean claimants pile in. Or if Chinese victims of Japanese rule again make their voices heard with Beijing egging them on.

Nor, unfortunately for Tokyo, is concern about Japan's wartime past limited to Northeast Asia. In the U.S., for example, Korean-Americans, are becoming quite skilled at hitting a particularly sensitive target: wartime "comfort women." Last month, Osaka ended its sister city relationship with San Francisco over a monument to wartime sex slaves -- a description not accepted by Japan.

With Tokyo still unable to reconcile its historical narrative with those of countries that it once occupied, the arguments will continue to cast an awkward shadow over present-day Japan, and Abe's efforts to reassert Japan's international influence.

Abe may technically be correct to argue that the 1965 treaty was final, but the law often does not have the last word in these painful historical disputes. Public pressure forced German companies to pay compensation to wartime forced laborers in the 1990s, long after the German government signed similar government-to-government agreements.

Moreover, Japan will be under particular international scrutiny over the next two years as it stages two global events important for its soft power -- the 2019 Rugby World Cup and 2020 Summer Olympics.

Bashing the neighbors for domestic gain is a tried-and-true North Asian strategy. It could reemerge given how both South Korean president Moon and Chinese leader Xi Jinping find themselves in precarious situations at home.

Moon faces a slowing economy and growing anger over his preoccupation with North Korean detente. While an important endeavor, Moon was elected in May 2017 to rein in the excesses of family-owned conglomerates and pivot to a "trickle-up" economic model. Moon's neglect of major reforms is depressing support for his administration. What better way than rally enthusiasm than bashing Japan?

We will see how Moon's party plays the issue going forward. One potential flashpoint: next year's 100th anniversary of the so-called March First Movement. Moon has set up a task force to plan the commemoration of a historic uprising against Japan's annexation.

But it is high time Japan raised its diplomatic game. For starters, Tokyo should accept the Korean Supreme Court ruling rather than lashing out as if an international body can intervene and overturn the judgment. Japan needs to realize, as Germany has long done, that below the legal element, these controversies have huge emotional and political depths.

My point here is not to compare Imperial Japan's leaders with Adolf Hitler's Nazis. But the historic tensions are getting in the way of the future. Something has been terribly lost in translation. Japan's government feels it clearly and adequately atoned for the 1930s and 1940s. Yet the outside world has never quite warmed to that position.

The problem, says Jeff Kingston, director of Asian studies at Temple University Japan, is Tokyo's "been there, done that" approach.

Abe hardly seems ideal for finding new ways to reconciliation. His obsession with a "beautiful Japan" has long been freighted with nationalism -- from more patriotic school curricula to revising the pacifist postwar constitution so Tokyo can field a conventional military.

But this hawkish leader rightly seeks to open Japan. He has signed free-trade deals, eased curbs on immigration, highlighted the need for more women in the workforce and, yes, worked to mend fences with neighbors. The urgency for such steps is increasing with President Donald Trump's trade war.

To "escape the shackles of the past," Kingston says, Tokyo "needs to be humble about history. The future depends on managing the shared past."

For Japan, this must start at home. Tokyo's principal museum recording the Second World War is located at the Yasukuni Shrine where millions of dead soldiers are enshrined, including convicted war criminals headed by Gen. Hideki Tojo, the wartime prime minister. The museum's view is nationalist, to put it mildly, with only limited references to Japanese atrocities. It is time to prepare a more balanced public record.

One unavoidable discussion: reparations, which Tokyo has long dreaded. It has preferred to keep its head down, lavish overseas development assistance around Asia and hope things blow over.

The Seoul ruling is a reminder that they are not going away. Some 70 Japanese companies, including Mitsubishi Heavy Industries, face unpalatable judgments in 15 similar cases.

As the strongest Japanese leader in decades, Abe has the power to act boldly. No one really expects him to follow Willy Brandt and fall to his knees in remorse as did the German statesman in Warsaw in 1970.

But moving beyond Japan's wartime legacy requires serious action. Otherwise, Abe will struggle to burnish his stature as a world leader -- and Tokyo will be hit by new damaging court rulings.

William Pesek is an award-winning Tokyo-based journalist and author of "Japanization: What the World Can Learn from Japan's Lost Decades." He was given the 2018 prize for excellence in opinion writing by the Society of Publishers in Asia, for his work for the Nikkei Asian Review.

Veterans Day - 100th Anniversary of the end of WWI 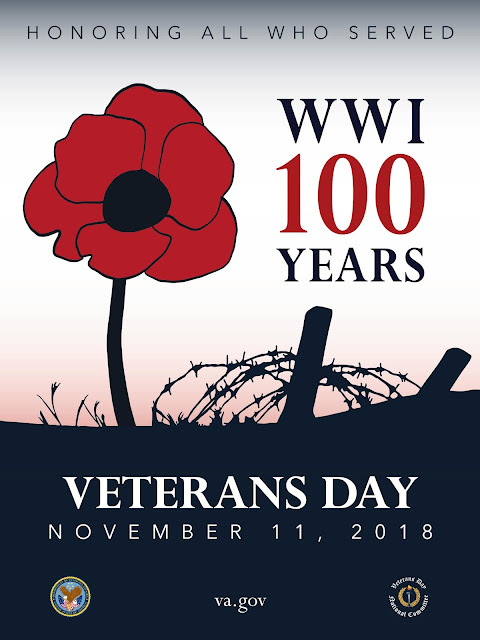