On December 26th, Christmas Day in the United States, Japanese Prime Minister Shinzo Abe visited the Yasukuni Shrine. At the Shrine, Abe also visited the Chinreisha, which is to pacify and acknowledge Imperial Japan's enemy combatants both domestic and foreign. This small shrine gated to the south of the main Yasukuni sanctuary is intended to keep the souls of these former adversaries, who are enshrined collectively, from causing mischief to the living.

I paid a visit to Yasukuni Shrine and expressed my sincere condolences, paid my respects and prayed for the souls of all those who had fought for the country and made ultimate sacrifices. I also visited Chinreisha, a remembrance memorial to pray for the souls of all the people regardless of nationalities who lost their lives in the war, but not enshrined in Yasukuni Shrine.

While praying for the souls of the war dead, the preciousness of peace Japan enjoys today really came home to me.

An American former POW sees this visit differently. He was not convinced that Abe's visit to the Chinreisha included contrition for the American soldiers. To be "pacified" is not enough.

Never should it be forgotten that Japan's victims were not all Asian. Westerners put in Imperial Japan's care, refugees, internees, laborers, POWs, all became victims of the barbarity of Japan's Armed Forces.

Lester Tenney, Survivor of the Bataan Death March, a Hellship, and a Mitsui coal mine; and Past National Commander of the American Defenders of Bataan and Corregidor wrote his feelings to his local newspaper, the San Diego Times Union. Although the newspaper published the letter, it did not post it (text below) online.

I assume he was are referring only to the Japanese soldiers, because if he had intended to include all soldiers then I ask what the respect would have included. Would you have included the Americans who died as a POWs on the Bataan Death March, or those proud American soldiers who perished while being transported to Japan on unmarked Japanese freighters, and those who died while forced to work for Japanese companies? If he thought of these soldiers, then we survivors thank him for understanding these sad events. On the other hand, if these Americans were not remembered then I ask, how dare he to say he paid respect to all fallen soldiers?

The Yasukuni war shrine you visited is known as The Tokyo War Shrine, a most unusual place to visit while preaching the need for Peace. I, like many others reading about the recent visit to the shrine, are confused. What is he trying to convey?
at 4:05 PM No comments:


Food was the stuff of dreams for a POW of Japan. Starvation was a Japanese strategy of both intent and error to subdue their Western captives. British Lance Bombardier Bettany captured in Malaya after the fall of Singapore in February 1942 and imprisoned at the infamous Changi used a purloined brush and pen to help transcend the POWs despair to hope.

In contrast to much of the Western POW art which survives from this period, Bettany’s finds uplifting humor in the day-to-day existence of the POW. Much of his POW work is one of light-heartedness, helping keep a sense of optimism in the face of a brutal captor.

Bettany's survival as a POW of Japan was in no small part due to his not being sent to work on the notorious Thai-Burma Death Railway, which claimed the lives of some 16,000 allied POWs and a much greater number of forced labor Asian workers. Des was repatriated to England late September 1945

More on painting the horror.
at 9:48 AM No comments: 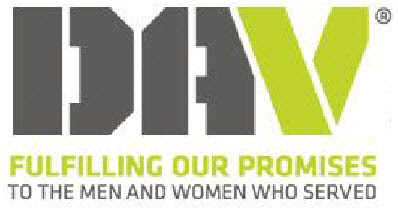 The Disabled American Veterans (DAV) at their annual National Convention assembled in
Orlando, Florida, August 10-13, 2013 passed Resolution 183 (text below). It provides a mandate to its leadership and members to assist the American POWs of Japan in their efforts for acknowledgement and remembrance. The DAV's mission is to ensure that all veterans can live their lives with respect and dignity.

Nearly all former POWs of Japan are DAV members. They suffered the highest suicide and PTSD rates of all WWII veterans. These former POWs also have the most enduring PTSD effects, which tend to reappear with intensity during the retirement years.

The DAV's new "marching orders" provide a powerful "battalion" to the campaign to ensure that POW experience in the Pacific is remembered. Japanese government and industry is asked to join together to establish a permanent fund for remembrance, research, documentation, exchange, and, most important, to educate the next generation on the lessons of war, peace, and reconciliation.

WHEREAS, on May 30, 2009, the Government of Japan through its Ambassador to the United States Ichiro Fujisaki offered an official apology to American POWs for their abuse, misuse, pain, and suffering caused by Imperial Japan; and

WHEREAS, in September 2010, the Government of Japan reinforced its apology by initiating a visitation program for former POWs to visit Japan, to return to the sites of their imprisonment, and to receive the apology directly from senior Japanese government officials; and

WHEREAS, the United States owes much to these soldiers, sailors, Marines, and air men, the majority of whom fought in the early heroic battles of World War II in the Philippines, on Wake Island, Guam, Java, and in the Sunda Strait; and

WHEREAS, the American POWs of Imperial Japan were forced into slave labor throughout the Japanese Empire in the most unjust, brutal, and inhumane conditions; NOW

THEREFORE, BE IT RESOLVED that DAV in National Convention assembled in Orlando, Florida, August 10-13, 2013, supports and commends the efforts of the American POWs of Japan to reclaim their dignity and attain full justice from the Government of Japan and those Japanese private companies that enslaved them; AND

BE IT FURTHER RESOLVED DAV insists the Government of Japan provide and publicize an official transcript in English and Japanese of the Government’s 2009 apology to the American POWs; AND

BE IT FURTHER RESOLVED DAV insists Congress and the Administration work with all parties involved to ensure the continuation of the POW visitation program to Japan, that it be expanded to include family members and descendants, and funds be provided for a dedicated program of research, documentation, exchange, and education; AND

BE IT FURTHER RESOLVED DAV works with all parties involved in persuading the private Japanese companies that benefited from POW slave labor during WWII, especially those companies now doing business in the United States, to follow the Japanese government’s lead in acknowledging their use and abuse of American POW labor and join with the Japanese government to create a fund for remembrance, research, documentation, exchange, and education on the POW experience in the Pacific and its lessons for war and peace.
at 12:24 PM 1 comment:

Below is a letter sent to Vice President Biden last week by the American Defenders of Bataan and Corregidor Memorial Society. It suggests that the path being taken by the American POWs of Japan to achieve justice can be a model for Tokyo to pursue historical reconciliation with its other victims. The Memorial Society asks the Vice President to continue to press the Japanese to achieve full and meaningful contrition toward the POWs and work to preserve their history. The goal is the establishment of a permanent fund for educational and research activities on the POW experience in the Pacific.

As you meet next week with members of Japan’s government to confirm the significance of the U.S.-Japan Alliance, I hope that you will share with them the importance of remembering those American veterans who became prisoners of war of the Imperial Japanese during World War II.

With the help of President Obama’s Administration one aspect of Japan’s reconciliation with American POWs began. In 2009, a Japanese government Cabinet-approved apology was offered and in 2010 a program of understanding and visitation to Japan was initiated for former POWs. This year it was expanded to include widows. The visitation program’s success should encourage Japan to do more: educating future generations in Japan and the U.S. on the POW experience in the Pacific and its lessons for war and peace needs to be the goal.

How Japan addresses its responsibilities toward the American POWs can be a model for Tokyo on how the historical reconciliation process can proceed. The American POWs ask for respect and that history to be not revised, but preserved. They want Japan’s great multi-national corporations to acknowledge their use of POW slave labor. They ask the United States Government to aid and preserve their experiences under Imperial Japan for future generations

We ask that you take a moment in your talks in Tokyo, to speak up for those veterans who defended America in the Philippines, Java, and Wake Island and how, as captives, endured the horrors of the Bataan Death March, the “Hell Ships,” enslavement on the Thai-Burma Railway, and the brutal conditions in slave labor camps in Japan.

We ask that the United States Government express its strong desire for Japan to establish a permanent fund for education, remembrance, and reconciliation. The goal is to: continue the POW visitation program for former POWs, widows and descendants; a program for research, documentation, education, and people-to-people exchanges and national memorials to the POWs who slaved and died on Japanese controlled soil or aboard the “Hell Ships.”