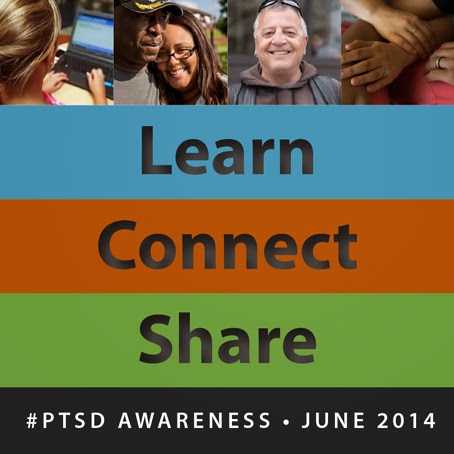 Starting in 2010, Congress named June 27th PTSD Awareness Day (S. Res. 455). Since then, the month of June has been devoted to raising PTSD awareness. In studies comparing the experiences of returning POWs from various conflicts, it has been found that the POWs of Japan have suffered the most severe and most lasting effects of PSTD of any POW group. These findings indicate that PTSD has been a persistent, normative, and primary consequence of exposure to the severe trauma endured by the POWs of Japan.

Among the number of events around the USA focusing on PTSD on the 27th, is one sponsored by The Library of Congress Veterans History Project at Noon on the causes, effects and alternative treatments for Post-Traumatic Stress Disorder (PTSD) among military veterans with Retired U.S. Army Staff Sgt. Karen Lynn Fears; Richard Tedeschi, professor, licensed psychologist and author who specializes in bereavement and trauma; Gala True, core investigator at Philadelphia Veterans Affairs and research assistant professor at the University of Pennsylvania School of Medicine; and David "Kelly" Williams, retired Navy Hospital corpsman and the Veterans Employment Program manager for the HHS Department. (click the link for more information)

In 1989, the National Center for PTSD was established by the Veterans Administration for research and education on the prevention, understanding, and treatment of PTSD. The Center has developed The PTSD Coach smartphone application (app), launched in April 2011 by the Department of Veterans Affairs (VA) and the Department of Defense (DoD), has already helped more than 5,000 users connect with important mental health information and resources.

On Friday, June 20th, the Institute of Medicine of the National Academies released a report on the Treatment for Posttraumatic Stress Disorder in Military and Veteran Populations: Final Assessment.  As the New York Times editorializes in The Heavy Burden of Post-Traumatic Stress Disorder, "What is needed, the institute’s report says, is a better integrated approach and the collection of data to document which practices and treatments work best and how patients progress over the years. Those who have suffered mental trauma on the battlefield deserve the best care the nation can provide."


There were 14 POW camps on Japan's colony of Formosa. Each was more hellacious than the next. In the video above, a Canadian researcher who edits Never Forgotten, a website on Japan's POW camps on Taiwan, tries to describe the PTSD experiences of the men he has interviewed. As he notes, there was no word, nor in-depth understanding at the time of traumas caused by Japan's brutal incarceration and work-to-the-death labor of the POWs.

The National Center for PTSD also maintains the easy to use Published International Literature on Traumatic Stress (PILOTS) Database that is an electronic index to the worldwide literature on PTSD and other mental health consequences of exposure to traumatic events.

Below are three papers accessed from the database that are of immediate interest to those interested in the POWs of Japan experience.


Sequelae of the POW experience are both somatic and psychiatric, and are of greatest extent and severity among Pacific World War II POW's.

Effects of paternal exposure to prolonged stress on the mental health of the spouse and children: families of Canadian Army survivors of the Japanese World War II camps (1976)


If a member of a survivor's family is affected it is likely to be the oldest child, provided it is a female. She will probably manifest depressive affects and other symptoms.

Posttraumatic stress disorder in a community group of former prisoners of war: a normative response to severe trauma (1997)


The most severely traumatized group (POWs held by the Japanese) had PTSD lifetime rates of 84% and current rates of 59%. 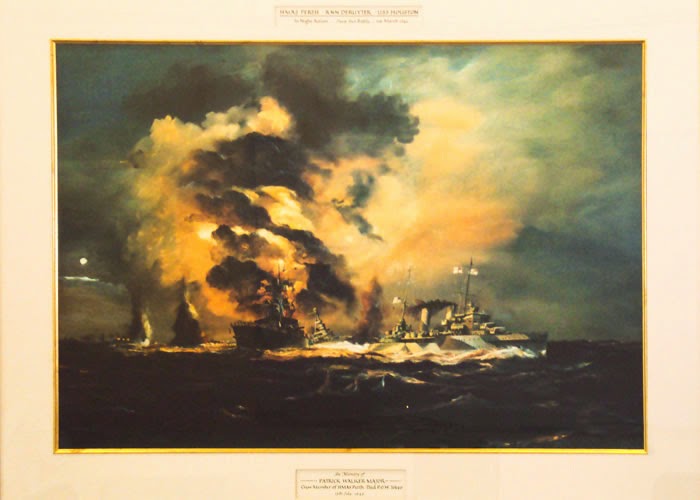 On June 6, the 7th Fleet announced that the Navy would Dive on the Wreck of USS Houston (CA 30) during CARAT Indonesia.

SINGAPORE (NNS) -- In a training evolution to be conducted as part of the Cooperation Afloat Readiness and Training (CARAT) 2014 exercise series, U.S. Navy divers, assisted by personnel from the Indonesian navy, will survey the World War II wreck of the cruiser USS Houston (CA 30) in June.

The purpose of the mission is to determine the vessel's current condition and provide real-world training to rescue and salvage divers in maneuvering around a sunken ship. Divers from both navies will also share best practices and diving techniques during a series of training evolutions on board the rescue and salvage ship USNS Safeguard (T-ARS-50).

Houston was sunk during the World War II Battle of Sunda Strait Feb. 28, 1942 with the loss of more than seven hundred souls. The ship remains sovereign property of the U.S. under customary international law, and is a popular dive site. Houston is located off the west coast of Java, Indonesia, one of nine partner nations participating in CARAT 2014.

Mobile Diving and Salvage Unit divers embarked in Safeguard will inspect the wreck to assess whether the ship has fallen prey to illicit salvage. They will be aided by Dr. Alexis Catsambis, an underwater archaeologist from the Naval History and Heritage Command (NHHC) who will provide operations planning support in order for the mission to effectively document the state of preservation of Houston. Documentation methods will include personal inspection by divers, as well as the planned use of sonar sensing systems and a remotely operated vehicle (ROV).

Once the mission is complete, Catsambis and NHHC's Underwater Archaeology Branch will compile the expedition's findings into a formal report on the condition of the ship which will be released when complete.

"Working with our Indonesian navy partners, CARAT 2014 offers an excellent opportunity to conduct this diving exchange as part of our shared training goals, while also allowing us to determine the condition of a ship that is an important part of the U.S. Navy's heritage in this region," said Rear Adm. Cindy Thebaud, commander, Task Force 73 and commander, Naval Forces CARAT.

The Department of the Navy's sunken ship and aircraft wrecks represent a collection of more than 17,000 fragile, non-renewable cultural resources distributed worldwide. They often serve as war graves, safeguard state secrets, carry environmental and safety hazards such as oil and ordnance, and hold great historical value. While it is not feasible to conduct similar surveys of all sunken military craft, Navy leadership desires to ensure the final resting place of those who made the ultimate sacrifice when the ship went down remains in a respected and solemn condition.

The Naval History and Heritage Command, located at the Washington Navy Yard, is responsible for the preservation, analysis, and dissemination of U.S. naval history and heritage. It provides the knowledge foundation for the Navy by maintaining historically relevant resources and products that reflect the Navy's unique and enduring contributions through the nation's history, and supports the Fleet by assisting with and delivering professional research, analysis, and interpretive services.

To view photos of historic artifacts in the NHHC collection, check out the command's Flickr page

For more information on Naval History and Heritage Command .