On March 12th, Jan Thompson, President, American Defenders of Bataan and Corregidor Memorial Society submited for the record a statement of goals and concerns of the Memorial Society to the U.S. Senate Veterans' Affairs Committee and House Veterans' Affairs Committee Joint Hearing To Receive Legislative Presentations of Veterans Service Organizations. She praised Japan for starting the process of reconciliation and reminds its leaders that much remains to be done. Her testimony is as follows.

Chairmen Sanders and Miller, Ranking Members Burr and Michaud, Members of the Senate and House Veterans Affairs Committees, thank you for allowing us to present the unique concerns of veterans of World War II’s Pacific Theater to Congress. The American Defenders of Bataan and Corregidor Memorial Society (ADBC-MS) represents surviving POWs of Japan, their families, and descendants. Our goal is to preserve the history and communicate the enduring spirit of the American POW experience in the Pacific to future generations.

We applaud the efforts of the veterans’ service organizations to fight for adequate medical care and disability benefits. Moreover, the incidence and intensity of post-traumatic stress for American POWs of Japan were probably the greatest of any American war. POWs who survived the POW camps, the “hell ships” to Japan or its colonies, endured years of brutal imprisonment and slave labor. Upon returning from the Pacific War, they found a government reluctant to recognize and treat the mental and physical effects that were consequences of the deprivations suffered while POWs of Japan.

At the time, PTSD was not yet a medical category and VA doctors limited the POWs’ access to disability benefits by dismissing the after-effects of years of abuse, disease, and malnutrition. That should not happen to any veteran, and thus, we strongly support the legislative goals of the Disabled American Veterans (DAV) to ensure medical, and mental health care, as well as to expedite disability claims, to provide rehabilitation, and to establish job-training programs for all American veterans. The American POWs of Japan and their families know intimately the difficulty of re-incorporation into civil society with little support.

Our task today, however, is to ensure that the history and lessons of the American POWs experience are preserved. This is an urgent task. In the United States this history is being forgotten, and in Japan it is being revised.

Remembrance, Reconciliation, and Preservation
The ADBC-MS was dismayed in 2012 when none of the 70th anniversaries of historic battles during the beginning of World War II were officially recognized. Astonishingly, December 7, 1941, “a date that will live in infamy,” has not been recognized with a Congressional resolution for many years. We hope that future Congresses will remember the events that started American involvement in World War II with resolutions memorializing the simultaneous attacks on Pearl Harbor and The Philippines Islands.

We appreciate efforts in prior Congresses to award Congressional Gold Medals to the troops who defended the Bataan Peninsula on the Philippines in 1941 and 1942 and became POWs. One limitation of past bills was that they omitted the many that were captured at this time on Corregidor, Mindanao, Wake Island, Guam, Java, in China, at the Sunda Strait, or aboard Merchant Marine ships. Later in the war, airmen shot down over the Pacific as well as those captured from destroyed Navy vessels became POWs. We hope that this or the next Congress will move forward with a Congressional Gold Medal bill that more fully recognizes American POW experiences with Imperial Japan during the Pacific War.

The former POWs of Japan leave many legacies and lessons. Among the most important is how they coped with the postwar traumas of inhumane imprisonment. They fought two battles. One was for recognition of their “battle fatigue” and the other for justice and remembrance. The former is now championed by all veterans’ service organizations. We ask Congress for support and to help our veterans in their unique quest for justice and remembrance.


I want to take a moment to talk about history and reconciliation. This fall, there was an event that previously might have been thought unimaginable. A group of Americans who suffered as Japanese prisoners of war during the Second World War returned here at the invitation of the Japanese government. Participating took enormous amounts of courage for all those involved.

As background to the Ambassador’s words, in 2009 the Government of Japan, through its Ambassador to the U.S. Ichiro FUJISAKI, and again in 2010 through its Foreign Minister Katsuya OKADA, officially apologized to the American POWs of Japan. These Cabinet-approved apologies were unprecedented. Never before had the Japanese Government apologized for a specific war crime or done so directly to the victims. The Japanese Government further initiated a program for American former POWs to visit Japan and return to the places of their imprisonment and slave labor. Thus far, there have been four trips, one each in 2010, 2011, 2012, and 2013.

Imagine our dismay when we learned that Japanese Prime Minister, Shinzo ABE, may rescind or revise Japan’s war apologies and end the POW/Japan Friendship Program. As Ambassador Kennedy has pointed out, the Program is a great success. The benefits of this long-awaited act of contrition have been immeasurable for former POWs and their families as well as for the U.S.-Japan Alliance.

The success of this visitation program should encourage Japan to do more. The Program should not end with ability of the nonagenarian POWs to visit Japan or with their deaths. A POW’s captivity has multigenerational effects on families. The wives, children, and siblings of those who died suffered irreparable loss. In addition, the families of those who survived suffered from the long-term physical and mental health problems caused by the ex-POW's years of cruel captivity. Reluctantly recognizing this, Japan’s Foreign Ministry last year allowed two widows of POWs to join the trip. This should be continued and increased. Brothers, sisters, children, and other descendants have all been profoundly affected by the POW experience of their relatives and they should be eligible for future programs.

We ask Congress to encourage the Government of Japan to preserve, expand, and enhance its reconciliation program toward its American former prisoners. We want to see the trips to Japan continued and extended to include descendants and researchers. We want the visitation program drawn into a permanent program of research, documentation, reconciliation, and people-to-people exchanges that is not subject to the Japanese government’s yearly budget review. We want this program to create national memorials to the POWs who slaved and died on Japanese soil and territories as well as aboard the “hell ships.” We want Japan’s Ministry of Foreign Affairs to publicize the program and its achievements.

We also want the many companies that brutally used POWs as slave labor and who now profit in the American market, to join with their government by acknowledging their use of forced labor and by offering their own acts of reconciliation. Over 60 Japanese companies, such as Mitsui, Mitsubishi, Sumitomo, Hitachi, Toshiba, Kawasaki, Nippon Steel, Nippon Express, Nippon Sharyo, Ube Industries, Showa Denko, and Yawata Steel maintained war production by cruel exploitation of American and Allied POWs.

Prime Minister Abe is in a unique position to extend and enhance the visitation program and reconciliation efforts. By doing so, he can engender trust among the Americans who protect Japan by honoring their country’s veterans. And he will signal to Japan’s other wartime victims that meaningful reconciliation, as Ambassador Kennedy pointed out, is possible. The POW/Japan Friendship Program is one that confronts the past while preserving the dignities of both Americans and Japanese.

We are grateful for the State Department’s efforts to encourage the Japanese government to do the right thing by initiating this process of reconciliation. We recall that in 1995 the Japanese government established the Peace, Friendship, and Exchange Initiative that included a multi-million dollar program of reconciliation and exchange with all former Allied POWs except American POWs. We want Congress to encourage the State Department to continue to make up for lost opportunities and time.

It is our hope in addressing this hearing that we can encourage Congress to work with the Obama Administration to persuade Japan to hold to its promises and responsibilities. Japan needs to be encouraged to do more. We trust that Congress will encourage Americans to honor and remember the brave and honorable soldiers who sacrificed so much during the first months of the World War II. Congressional resolutions and the Congressional Gold Medal are important parts of this responsibility and remembrance.

The American POWs of Japan and their families have paid a high price for the freedoms we cherish. What they ask in return for their sacrifices and service is for their government, even after some 70 years, to keep its obligations to them. They do not want their history ignored or exploited. They do not ask for further compensation. What they want most is to have their government stand by them to ensure they will be remembered and their American history preserved.

Thank you for this opportunity to address your committees.

This week in Washington for American vets 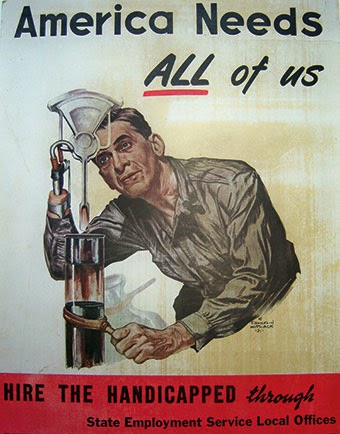 The Week of March 10th features a number of programs and hearings of interest to the POW community. The first meeting discusses the successes and limitations of people-to-people exchanges in the reconciliation process. This is of particular interest to those who have or plan to participate in the POW/Japan Friendshp Program for American former POWs of Japan.

There are also three programs on the funding of veterans' programs and the forthcoming year's legislative agenda of veterans' organizations.

You can watch all these programs and hearings via the Internet.

Never The Same: The Prisoner Of War Experience

More than 20 years in the making, this documentary depicts the experience of American POWs of Imperial Japan during World War II and reveals their indomitable will to survive. Our honored guests at all four screenings will include former POWs, Narrator Loretta Swit and Director Jan Thompson. A brief Q & A session will follow each film.

Film screening times are Friday, March 21 at 7pm; Saturday, March 22 at 3pm and 7pm, and by popular demand, Monday, March 24th at 7pm. Tickets are $12 general admission and may be purchased on-line at www.RioGrandeTheatre.com , at the Doña Ana Arts Council offices located on the second floor of the Rio Grande Theatre, or at the door. Doors open one half hour before show time.