US Congressmen ask UNESCO to honor the American POWs 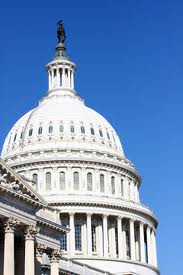 We urge that UNESCO work with the Government of Japan to amend its application to nominate the “Sites of Japan’s Meij i Industrial Revolution: Kyushu-Yamaguchi and Related Areas” for the UNESCO World Heritage List.

We do not object to Japan highlighting its modern history, but we are very concerned that the nomination is missing the history of Allied prisoners of war (POW5) held captive by Imperial Japan during the Second World War. The story of these sites is incomplete without an official recognition of Imperial Japan’s use of POW slave labor. Japan’s nomination features eight industrial areas. Five of these areas housed a total of 26 POW camps, which provided slave labor to Japan’s industrial giants including Mitsui, Mitsubishi, Sumitomo, Aso Group, Ube Industries, Tokai Carbon, Nippon Coke & Engineering, Nippon Steel & Sumitomo Metal Corporation, Furukawa Company Group and Denka.

The Japanese application for World Heritage status focuses only on the history of these mining and steel industries, but completely omits the history of the POWs. Japan’s nomination does not mention the over 13,000 POW slave laborers who worked at or near the nominated sites. The POWs included 4,385 Dutch, 3,860 British, 3,023 Americans, 1,207 Australians, 358 Canadians, 133 Indians, 22 Chinese, nine Portuguese, five New Zealanders, four Jamaicans, six Norwegians, two Czechs, two South African, two Arabs and two Malays. POWs from India, Malaysia Jamaica, Finland, Poland, and Portugal all of which sit on the UNESCO World Heritage committee—were held captive on mainland Japan. Another committee member, South Korea, saw hundreds of thousands of its men and women conscripted to work in near-slavery conditions.

The lack of any reference to the Allied POWs’ role in the history of these sites would appear to contradict not only UNESCO’s mandate of ensuring that World Heritage sites have “Outstanding Universal Value” but also the UN’ s Universal Declaration of Human Rights which states that “recognition of the inherent dignity and of the equal and inalienable rights of all members of the human family is the foundation of freedom, justice and peace in the world.”

We welcome the efforts of our Japanese friends to share their history with the world, but even a close alliance cannot negate historical facts. Imperial Japan’s use of Allied POW slave labor is an essential feature of the history of the nominated sites’ industrial heritage.

We therefore urge UNESCO to work with the Government of Japan to amend its application to tell the full history of Japan’s industrialization by including its history of POW slave labor. This would not only address the concerns of our constituents, but would also ensure that the nomination in question conveys the totality of the story, helping it transcend national boundaries, and highlighting its universal importance.

Thank you for your prompt attention to the concerns of our brave veterans and their elected representatives. We look forward to the World Heritage Centre’s response.