Earl Martin Szwabo, a veteran of the Battle of Corregidor, passed peacefully on Saturday, August 15, 2015 at the age of 90. His wife of 69 years, Mary Elizabeth, died in June.

Szwabo joined the U.S. Army at Jefferson Barracks, Missouri in September 1941. He was sent immediately to the Philippines aboard the USAT Willard Holbrook arriving in late October. His basic training took place directly on the fortress island of Corregidor in Manila Bay with the 59th Coast Artillery Regiment, 1st Battalion C Battery (Wheeler).

His unit manned two 12" Disappearing Carriage (DC) guns at Ft. Mills on Corregidor under the command of Capt. Harry W. Schenk, a 1933 West Point graduate. Schenk died February 1945 in Japan at the Fukuoka #3 POW camp that provided slave labor to the Yawata steel mills. This site was given UNESCO World Heritage status in 2015.

From the start of the Japanese invasion of the Philippines on December 8, 1941 to Corregidor's surrender on May 6, 1942, Szwabo fought nonstop to defend the island. After surrender, most of the 12,000 Americans on Corregidor were crowded into a small open beach area, the 92nd Garage  to wait in the tropical sun for nearly three weeks before going by boat to Manila.

They were then made to wade ashore before being paraded through the streets on a Victory March" display of POWs to Bilibid Prison. After a short stay at Bilibid, he was packed into a freight car and sent to Cabanatuan where 30-50 men a day died from disease, starvation, and torture. On August 1, 1942, he and 346 men were sent to the island of Palawan, over 300 miles southwest of Manila on the edge of the Sulu Sea.

Through all this, Private First Class Earl M Szwabo was only 17.


The POWs were tasked with building an airfield. In face of the arduous labor, they were starved, denied medical care, and routinely and capriciously beaten. Prisoners who attempted to escape were tortured and executed while their fellow POWs were forced to watch.

Sometime in the early summer of 1944, Szwabo was returned to Manila. He was among a lucky 150 who were not present for the infamous December 14th Palawan Massacre. Fearing an American invasion, the Kempeitai-led Japanese troops on that day herded the remaining Americans into "air raid shelters," drenched them with gasoline, and tossed in matches. Grenades and machine gun fire followed. Somehow 11 men were able to escape and to preserve this history.

Tears always came to Mr. Szwabo when he remembered his friends who died that day.

Szwabo had been sent to Nagoya, Japan the summer before the massacre. On July 4, 1944, he and over 1,000 POWs began a harrowing two month journey that took them to Formosa and Okinawa aboard the Sekiho Maru, better known as the SS Canadian Inventor or Mati Mati Maru [Wait Wait Ship].

The ship ended its journey on September 1, 1944 as so many other POW Hellships in Moji.

On September 4, Pvt Szwabo turned 20 at Nagoya #5-B Yokkaichi a POW camp supplying labor to a copper foundry and sulphuric acid factory owned by Ishihara Sangyo Kaisha in Nagoya, a port city south of Tokyo. He remembers melting down church and temple bells Japanese troops had looted from all over Asia.

According to a diary by a Dutch POW, the first few months that the Americans were at the camp, were marked by earthquakes and tsunamis. American planes begin to bomb the facility and Nagoya on June 17, 1945. In the afternoon of August 15, 1945 the POWs were released from work and told the war was over. On August 29th, the air drops of food and medicine began. Excess was shared with the Korean laborers in an associated camp.

On the afternoon of September 4th, the men were put aboard a train in Nagoya to Hamamatsu. They were then taken by landing craft to the U.S.S. “The Rescue” (a hospital ship). From there Szwabo was flown to recuperate in Manila and soon returned to the United States for recovery and treatment. He remained hospitalized for several months as doctors helped him regain his health after 42 months of near starvation, deplorable living conditions, and abuse in Japan.

Szwabo, knowing his need for continued medical care,  decided to stay in the Army and advanced in rank to become a chief warrant officer. He retired November 1, 1960. For the next 41 years, he served as director of personnel and purchasing for the city of Florissant, Missouri. He volunteered for many years at the USO in Lambert Airport.

In September 2010, 65 years after his liberation from Japanese captivity, Earl Szwabo was one six POWs who participated in the first American POW trip to Japan to receive the Japanese government's apology for their abuse and use as slave laborers. 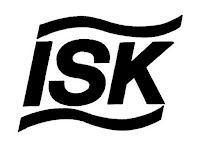 The Yokkaichi facility where Mr. Szwabo slaved still exists and Ishihara Sangyo Kaisha (ISK) has prospered worldwide. The company did allow him to visit. He and his wife traveled to the Yokkaichi facility in Nagoya and met with plant officials who expressed their regret for his mistreatment, but emphasized that they were not part of the same company. They refused to speak on the record or offer a corporate apology. He also visited a memorial that company had built to the souls of all those who died laboring for the company at this site. However, as you can see, memorial mentions nothing about POWs or slave labor.

Mr. Szwabo accepted and appreciated the understanding he received from ISK's Yokkaichi plant managers. The hope is that someday, ISK's Chairman will deliver an apology and support efforts to remember the POW experience in Japan. On July 19, 2015, Mitsubishi Materials Corporation became the first Japanese company to offer an apology to the Americans who slaved for them during the War.

Szwabo said his trip to Japan gave him peace.

Accepting an apology, however, doesn't mean that the horrors should be forgotten, as Mr. Szwabo told the St. Louis Beacon:


A POW will never forget. I dream still of different things, and think about it," he said. "I lost my outfit on Palawan when they burned 150 alive there. I was lucky that I got shipped out. I guess God was on my side. And I know why I was picked; I was in better shape than the older guys, and the Japanese took the ones who looked the best physically, so they could work us to death. The bad part is you can't forget it.

Memorial donations may be sent to Descendants Group-American Defenders of Bataan and Corregidor in care of Ms. Judy Pruitt, 23 Elwell, Jamaica Plain, MA 02130.
at 4:11 PM