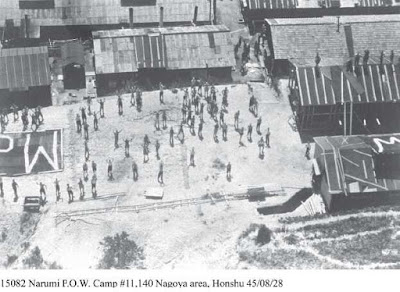 Hearing on
LAGGING BEHIND: THE STATE OF HIGH SPEED RAIL IN THE UNITED STATES

Japanese Corporate Use of U.S. POWs as Slave Labor

Chairman Mica and Ranking Member Duckworth, I speak to you on behalf of the American Defenders of Bataan and Corregidor-Memorial Society, the successor organization to the American Defenders of Bataan and Corregidor (ADBC), founded in 1946. We represent the surviving prisoners of war of Japan, their families, researchers and historians. Our goal is to preserve the history of the American POW experience in the Pacific and to communicate its enduring spirit and inspiration to future generations

Although I cannot address the delays in contracting and construction of High Speed Rail (HSR) in the United States, I would like to call your and the Committee’s attention to the delay by Japanese HSR companies in acknowledging and addressing their wartime use of American POWs as slave labor. The failure of these companies to do so is an affront to the Americans who must fund the purchase of Japanese HSR technologies in our country and to the memory of our World War II veterans who fought tyranny. It also ignores the Charter of Corporate Behavior set by Keidanren, Japan’s major business organization, that asks its members to conduct their business with a “strong sense of ethical values,” “respect [for] human rights and other international norms of behavior,” and “socially responsible behavior within their supply chain.”

Many of the Japanese companies that intend to bid on High-Speed Rail contracts in the United States profited from their wartime use of American and Allied POW slave labor in the most brutal of conditions. And, like France’s HSR company SNCF, the two Japanese consortia bidding for HSR contracts in the United States, JR East and JR Central are the successor companies to state-owned rail lines that transported American and Allied POWs to slavery, torture, and death.

These companies, unlike those in Germany, Austria, and France, have never made amends for – or even acknowledged – their role in the gross violations of human rights and breach of the Third Geneva Convention on the treatment of POWs.

We are concerned that taxpayer dollars may go to Japanese corporations that still do not respect American veterans and are unwilling to take responsibility for violations of international law and human rights.

Among the POWs enslaved to support Japanese companies was, Chairman Mica, one of your late constituents, Sgt Sam Moody. We deeply appreciate that you have urged several Congresses to enact legislation in his name: the “Samuel B. Moody Bataan Death March Compensation Act.” We also understand that you honor Sgt Moody daily by giving visiting veterans a copy of his memoir Reprieve from Hell with a forward by you. Sgt Moody was tortured at a camp operated by one of today’s key participants in Japan’s HSR consortia—Nippon Sharyo. This company made and still makes Japan’s rail cars. It is also famous for having built the engines used on the Thai-Burma Death Railway.

Sgt Moody, who survived the Bataan Death March and a “Hell Ship” to Japan was caught stealing a cup of sugar. As punishment, he was made to stand at attention in the Nippon Sharyo camp yard. The 24-year old Massachusetts native remained there for a record-setting 53 hours. The camp reportedly held 273 men of whom 189 were American with the rest being British, Canadian, Dutch, Polish, Portuguese, Czech, Russian, Jamaican, and Finish.

The use of POWs to support Japanese industry during the War was not an isolated event, but was by government design. Imperial Japan’s Ministry of Munitions under Nobusuke Kishi in coordination with the War Ministry headed by General Hideki Tojo created a broad government program to supply over 60 private Japanese corporations with POW labor. These companies requested, paid the government for, and effectively enslaved POWs in order to maintain wartime industrial production.

In Japan, some 32,000 Allied POWs endured abuses at the hands of the employees of these companies that were comparable to, and sometimes worse than, those inflicted upon them by the Japanese military. As a result, more than a 1,000 American POWs (over 3,500 Allied POWs) died on the main islands of Japan alone. Of those who survived, many suffered permanent physical or psychological damage.

Nearly all of the Japanese companies that want to bring High-Speed Rail to California, the Baltimore-Washington Corridor, and Texas used POW slave labor. In their corporate histories they boast over 100 years of continuous operation spanning three centuries. Most retain their original names. Many utilized labor from multiple POW camps for their mines, factories, foundries, and docks. Some of the camps were in Japan’s occupied territories. Current research finds the number of POW camps associated with Japanese companies bidding on HSR contracts as follows: Mitsui-9; Hitachi-7, Nippon Steel (Nippon Steel Sumitomo Metal)-6, Mitsubishi-5, Sumitomo-5, Kawasaki-2, Nippon Sharyo-2, and Toshiba-1.

Only one of the Mitsubishi Group’s companies, Mitsubishi Materials Corporation (MMC), and only last year, has acknowledged its involvement in POW forced labor and maltreatment. This is in stark contrast to German (Siemens) and French (SNCF) bidders for the High-Speed Rail projects, both of which have not only apologized for their war crimes during WWII but also committed themselves to supporting extensive projects of remembrance, reconciliation, and reparation.

JR East and JR Central manage the two Japanese HSR consortia. Both have their own histories of involvement with slave labor as both were part of the Japan’s national railway. The rails of JR East transported prisoners to 46 POW camps including the infamous Ofuna Interrogation Center where American Naval officers, such as Olympian Louis Zamperini, were routinely tortured. And the rails of JR Central transported prisoners to 12 POW camps, including the ones supplying slave laborers to Nippon Sharyo. JR Central now owns this company.


In 2009, the Government of Japan finally offered its apology and established a visitation program (modeled on a longstanding Japanese program for POWs of other allied nations) for American former prisoners of war of Imperial Japan. Since 2010, there have been seven trips to Japan for 43 former POWs, all in their late 80s or 90s, and three widows and two descendants.

On July 19, 2015, MMC became the first Japanese company to officially apologize to American POWs who were used as slave laborers to maintain war production. The historic apology was to those who were forced to work in four mines operated by Mitsubishi Mining, Inc., the predecessor company of MMC. This apology was followed by a $50,000 one-time donation to a museum in the United States.

It is time for all Japan’s private companies that plan to bid on American HSR projects to follow their government’s lead, as well as that of MMC, SNCF, and Siemens, and offer their own programs of reconciliation. That the transportation of POWs to “death-by-work” camps and widespread forced labor constitute war crimes is self-evident. Yet, the Japanese companies have been allowed to delay their responsibility to the American people and to justice.

It is our hope that the U.S. Congress will consider among the “delays” that have to be addressed in bringing HSR to the U.S. is Japanese corporate commitment to fostering respect for the life histories of those who they enslaved and abused. We would welcome an opportunity to share our thoughts on how this can be accomplished.

The ordeal of the American POWs of Japan is not just another facet of war history. Nor is it simply another saga of WWII suffering. It is a history of resilience, survival, and the human spirit, good and bad. And it has become an example of a path toward mutual understanding and justice between Japan and its former victims.

Later: The Committee Staff accepted the testimony and considered it part of the record. However, it was not included in the written report nor on the hearing website. None of the testimonies for the record were.
at 4:34 PM