Lessons of our 75th Anniversary 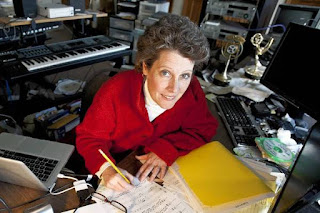 This year marks the 75th anniversary of the fall of Bataan, the Bataan Death March and the surrender of Corregidor. It is also the 75th anniversaries of the sinkings of the USS Houston, USS Pope, USS Langley, and USS Perch as well as the capture of a Texas National Guard unit on Java that came to be known as the “Lost Battalion.”

As the years have passed, it can be argued that there is a fear that the sacrifice and the history of the POW experience under Imperial Japan will be forgotten both in the United States and in Japan.

But, the ADBC-MS has undertaken a number of activities and initiatives to prevent this from happening and to try to ensure that the history of our men and women is preserved and honored.

We have worked to provide visual, scholarly and political remembrance of the struggles, sacrifice, and stories of the POWs of Japan.

Maybe no better reflection of the success of our efforts was at last weekend’s Liberty University’s commencement. President Trump took six minutes out of his 30-minute speech to celebrate the life and “grit” of former POW of Japan George Rogers, a founding financial director of the University.

Trump, said to the graduates what we here already know, but we welcome it repeated by a contemporary American president:

Presidential pronouncements aside, the ADBC-MS has worked hard to created and place memorials in Japan at locations of former prison camps. And we are pressing Japan to recognize POW slave labor at their newly established UNESCO World Industrial Heritage sites.

We have contributed funds and prose for the building of these. Our friends in Japan--the POW Research Network—have worked tirelessly and selflessly with us in coordinating the placement and maintenance of these memorials.

Two years ago, we received our first, and so far only public corporate apology to POWs for there slave labor. But it was an important one. It came from Mitsubishi Materials Corporation, which is part of the larger, Mitsubishi Group, Japan’s largest and most important multi-national. Mitsubishi Materials still owns the land where Mitsubishi had four mines that are now closed.

This historic apology was the result of a lot of hard work and political savvy of our longtime friend and advocate, Ms. Kinue Tokudome in Japan.

Words are one thing. Seeing a permanent marker of contrition is another. Thus, this past November, Mitsubishi Materials allowed and paid for the installation of visual reminders of their dark history. Plaques, in English and Japan, were placed at the entrances of their four former mines. These memorials say:


Working conditions for the POWs were exceedingly harsh and left deep mental and physical wounds that the lapse of time would not heal. Reflecting on these tragic past events with the deepest sense of remorse, Mitsubishi Materials offers its heartfelt apologies to all former POWs who were forced to work under appalling conditions in the mines of the former Mitsubishi Mining Company, and reaffirms its unswerving resolve to contribute to the creation of a world in which fundamental human rights and justice are fully guaranteed.

Feeding into this success, are our eight years of organizing and managing the POW trips to Japan.

How many of you have participated in the Japan POW friendship trips? [Hands raised.]

For those who have gone to Japan you have found that these are not vacations—but days filled with meeting Japanese officials and citizens; American diplomats and students, and continuing to tell the POW story. These trips are also an important part of the US-Japan Alliance---where once we were fierce enemies, we have come to respect each other.

The Japan/POW Friendship trips were the brain child of Lester Tenney, who could not understand why such trips were offered to our allies, but not to Americans. He had made it his mission to correct this wrong. And he succeeded. As many of you know, Lester passed away only this past February.

The Friendship trips have been successful in helping people in Japan to understand the bitter experience of the POW—and for many of the participants it has helped them to realize that Japan has been transformed into a democracy and an ally, a very different country from the militaristic Imperial Japan that abused them.

These trips are an important legacy that Lester created.

The Japanese Ministry of Foreign Affairs has told us that there will be another trip this year. And officials have noted that their continuation is a sign that the government sees a great value in them.

There are also other initiatives in the United States to remember the POW history.

Those of you who went to White Sands this year in New Mexico saw that it has grown over the past 27 years [since 1990] to more than 7,000 participants who now annually march, run, walk to remember the Bataan Death March.

There are other Bataan Memorial marches around the country, Minnesota, New York, Pennsylvania, Virginia, and South Dakota to remember the sacrifice the POWs of Imperial Japan made for our freedom.

And last year, California approved an initiative to include the history of the POWs of Japan in their State high school curriculum. The ADBC-MS will be working with California educators to ensure that that is curriculum is substantive, truthful, and meaningful.

Much has been accomplished, yet there is much to do.

The stories of the POW experience continue to inspire; they speak to the American spirit of resilience, persistence, and allegiance. We do not give up without a fight.

Most important, these "stories" are not just history. Americans still fight tyranny and we never give in; we do not yield to force, to injustice, to oppression, or to an enemy. This history ties us to our future.

But we all need to do things to continue to tell the POW story—we need to preserve and protect this history. We cannot be passive. We as descendants and historians cannot leave it to others.

We cannot stop telling our story and we must continue to look for and create opportunities for us to tell our history. We must use that same determination and perseverance that kept our men alive through their darkest hours to keep the memory and lessons of their history alive.