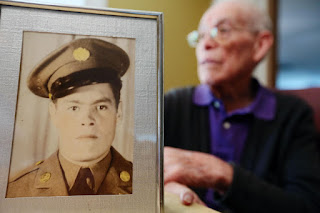 “He realized that was the most valuable thing that he had.”
at 9:30 AM