Pearl Harbor, Midway and the American POWs of Japan 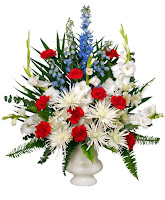 Few know that Japan bombed not only Pearl Harbor that day, but also the U.S. territories of The Philippine Islands, Wake, Midway, Guam, and Howland Island, as well as Hong Kong, Bangkok, Shanghai, Malaya, and Singapore.

The June 1942 Battle of Midway has been recently in the news as a new film has come out and two of the sunken Japanese aircraft carriers have been found. I have seen the movie and it is not as bad as many have said. It does its job and shows the incredible bravery of the young men who took to the seas and skies to fight the Japanese onslaught. However, it is helpful to know the history, and the dialogue is horrid. Here is a Smithsonian article comparing the various Midway movies,

The film correctly depicts the capture and murder of one American airman. There were actually three, maybe four POWs who were held by the Japan's Imperial Navy from this battle. Three were from the aircraft carrier USS Enterprise (CV-6) and executed aboard the Imperial Japanese Navy destroyer Makigumo. After a brutal interrogation, they were bound with ropes, tied to weighted fuel cans, and then thrown overboard to drown. The Makigumo hit a mine off Guadalcanal in 1943 and sank. One POW, Ensign Osmus was from the USS Yorktown and captured by the Arashi. He was thrown overboard, but managed to grab the chain railing. A fire axe was then employed to complete the execution.

The above link to the POWs' "Find a Grave" site
Please visit and add a flower of remembrance
at 3:22 PM