In an update of their periodic report on Japan-US Relations: Issues for Congress the Congressional Research Service (CRS) included background on the Prime Minister of Japan Shinzo Abe's history views and the American POWs of Japan. 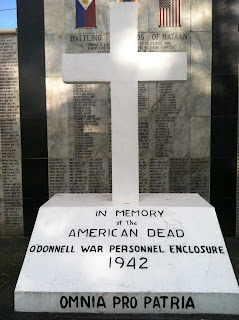 U.S. World-War II-Era Prisoners of War (POWs)
For decades, U.S. soldiers who were held captive by Imperial Japan during World War II have sought official apologies from the Japanese government for their treatment. A number of Members of Congress have supported these campaigns. The brutal conditions of Japanese POW camps have been widely documented. [22] In May 2009, Japanese Ambassador to the United States Ichiro Fujisaki attended the last convention of the American Defenders of Bataan and Corregidor to deliver a cabinet-approved apology for their suffering and abuse. In 2010, with the support and encouragement of the Obama Administration, the Japanese government financed a Japanese/American POW Friendship Program for former American POWs and their immediate family members to visit Japan, receive an apology from the sitting Foreign Minister and other Japanese Cabinet members, and travel to the sites of their POW camps. Annual trips were held in 2010, 2011, and 2012. [23] It is unclear whether the Abe government will continue the program. It is also unclear if Abe and other LDP politicians’ suggestions that past Japanese apologies should be reworded or retracted include the apologies to the U.S. POWs.

In the 112th Congress, three resolutions—S.Res. 333, H.Res. 324, and H.Res. 333—were introduced thanking the government of Japan for its apology and for arranging the visitation program. [24] The resolutions also encouraged the Japanese to do more for the U.S. POWs, including by continuing and expanding the visitation programs as well as its World War II education efforts. They also called for Japanese companies to apologize for their or their predecessor firms’ use of un- or inadequately compensated forced prison laborers during the war.

Footnotes
[22] By various estimates, approximately 40% percent held in the Japanese camps died in captivity, compared to 1%-3% of the U.S. prisoners in Nazi Germany’s POW camps. Thousands more died in transit to the camps, most notoriously in the 1942 “Bataan Death March,” in which the Imperial Japanese military force-marched almost 80,000 starving, sick, and injured Filipino and U.S. troops over 60 miles to prison camps in the Philippines. For more, see CRS Report RL30606, U.S. Prisoners of War and Civilian American Citizens Captured and Interned by Japan in World War II: The Issue of Compensation by Japan, by Gary Reynolds, currently out of print but available from the co-authors of this report. Estimates of the death rates in German prison camps for POWs are in the low single digits, compared to rates near 40% for Imperial Japanese camps.

[23] For more on the program, see http://www.us-japandialogueonpows.org/. Since the mid-1990s, Japan has run similar programs for the POWs of other Allied countries.