A week for remembering the Prisoner of War 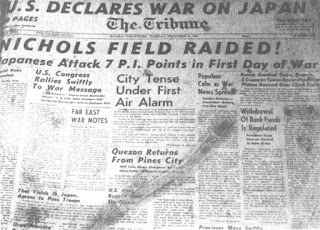 On November 11th, Veterans Day, Dan Crowley, 94, will join President Barack Obama for his annual breakfast for representatives from America's Veterans Service Organizations. He will represent the American Defenders of Bataan and Corregidor Memorial Society.

Mr. Crowley was sent to the Philippines as an enlisted member of the Army Air Corps in 1941 untrained and unarmed. When the Japanese attacked the Philippines on December 8, 1941, he fought in an improvised air defense at Nichols Field near Manila. After the Field's destruction, the airmen were moved to Bataan to join the US Army Infantry in the Battle of the Points repelling three waves of the Japanese invasion. He avoided the Bataan Death March after Bataan's surrender by swimming and clinging to life rafts to Corregidor Island fortress where he engaged in shore defense with the 4th Marines. He was surrendered on May 6, 1942.

In August 1942, he was sent as a POW to help construct the infamous air field on Palawan Island. Starvation, beatings, and unworkable conditions prolonged the task. He was shipped to Japan aboard the Hellship Taikoku Maru in March 1944 to be slave laborer, thus missing the Palawan Massacre of 150 of his fellow POWs on December 14, 1944.

Its US subsidiary, Furukawa Rock Drill, located in Kent, Ohio is barely 100 miles from Port Clinton, Ohio. Company C 192nd Tank Battalion sent to the Philippines in October 1941 was a unit whose core was comprised of men from the Port Clinton area. The 32 Port Clinton men were soon engaged in the Defense of the Philippine Islands. Only 10 of the 32 local men survived the Bataan Death March and three and a half years as POWs.

On November 18, from 10:00 to 11:00am, the Marysville, Ohio Public Library will hold a lecture on the 192nd Tank Battalion: The Bataan Death March and the local men who died as POWs of Japan. Marysville was one of the first American towns (1979) to receive extensive Japanese foreign investment with the establishment of a Honda plant and its various subcontractors. According to the local newspaper in 2013, "Since Honda of America Mfg. came to town more than 30 years ago, the company and the suppliers that followed have invested almost $5 billion in the county."


In 2014, he participated in a Japanese reconciliation program began in 2010 for former American POWs to visit Japan. Unfortunately, representatives from Furukawa refused to meet with Mr. Crowley or to offer an apology. However, he was able to visit the mine where he toiled as it is now a museum and amusement park. There is no mention of the American and Allied POW labor at these facilities.

You can find out more about Mr. Crowley at the Library of Congress' Veterans History Project or from this pamphlet by Central Connecticut  State University.

We are fundraising to support Mr. Crowley's travel to Washington. A tax-deductible donation can be made through PayPal HERE.

Mr. Crowley will give two presentations open to the public, among the many veterans programs this week.

LAST RING HOME. NOVEMBER 9, Noon-2:30pm, Washington, DC. Sponsor: US Navy Memorial Foundation and Asia Policy Point. Author Minter Dial II discusses his new book The Last Ring Home: A POW’s Lasting Legacy of Courage, Love and Honor in World War II (Myndset Press, 2016) and documentary on his grandfather, Lt Minter Dial who commanded the USS Napa (AT-32) until ordered to Corregidor in March 1942. Lt Dial's Annapolis Naval Academy ring, miraculously made its way home 17 years after he was killed as a POW of Japan on the Philippines in December 1944. After his remarks, there will be a special advance screening of the new PBS documentary The Last Ring Home based on Dial's book.

Dan Crowley, a former POW of Japan who fought on Corregidor at the same time as Lt Dial, will be a special guest. After the Dial presentation, over a lite lunch. Mr. Crowley will offer his observations on Japan's invasion of the Philippines, the battles that followed, the historic surrender of American troops by their officers, and his over three years as a POW of Imperial Japan. 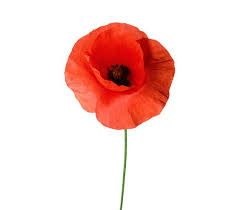 THE BATTLE OF THE PHILIPPINES 75 YEARS LATER: A VETERAN'S TALE. NOVEMBER 10, 1:00-2:30pm, Washington, DC. Sponsor: Sigur Center, George Washington University and the American Defenders of Bataan and Corregidor Memorial Society. Speaker: Dan Crowley, veteran of the Battle for the defense of Philippines with the US Army Air Corps, Army Infantry, and Marines; former POW of Japan in the Philippines and Japan, slave laborer in copper mines owned by Hitachi and Furukawa.
Mr. Crowley will offer his observations on Japan's invasion of the Philippines, the battles that followed, the historic surrender of American troops by their officers, his over three years as a POW of Imperial Japan, and his struggle to forgive. Mr. Crowley will be a special guest of President Obama at his Veterans Day Breakfast on the 11th. Location: Sigur Center, Elliott School of International Affairs, George Washington University, 1957 E Street, NW, Chung-wen Shih Conference Room, Suite 503.

Mr. Crowley is a life member of the VFW.

VFW NATIONAL COMMANDER BRIAN DUFFY will give a press conference on NOVEMBER 10th at 10:00am at the National Press Club in Washington, DC. He will discuss the needs of the nation’s 20 million veterans and the plans of veterans’ groups to move President Obama's successor and the next Congress to improve the delivery of promised benefits. The VFW, which traces its roots to the Spanish-American War, requires its members to have served in combat zones overseas.

Putting Mr. Crowley's POW experience in historical perspective will be the following program.


War has always resulted in prisoners, and their treatment has always been problematic. The settings in which they have been held extend from the Revolutionary War’s prison ships to the Civil War’s infamous Andersonville camp, Japanese slave labor camps and German concentration camps during WWII, and North Korean brainwashing centers through to Guantanamo Bay and Abu Ghraib. Just as war has changed dramatically over the years, so has the treatment of captured prisoners.

Evan J. Wallach, an expert on war crimes and the law of war, finds that how a country treats—or mistreats—captured enemy prisoners is a key gauge of its values as a society and its views of international human rights. He discusses the history of prisoners of war, how POW status is defined in modern warfare, the current required treatment of prisoners, limits to their interrogation, and potential domestic and international legal sanctions for their mistreatment.

Wallach is a circuit judge at the Court of Appeals for the Federal Circuit. He served as a combat engineer in Vietnam and Cambodia and in the Pentagon as a U.S. Army judge advocate during the Persian Gulf War, where he was responsible for prisoner of war issues and wrote the Army’s investigation of Iraqi war crimes including mistreatment of coalition POWs.