Why veterans are underrepresented in Congress 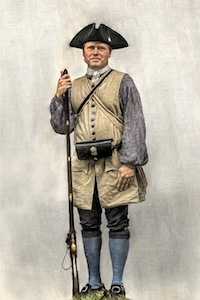 By Gary Schmitt and Rebecca Burgess, respectively, director and program manager of AEI’s Program on American Citizenship. Data used in this piece comes from a forthcoming AEI report on the status of veterans in American legislatures.

George Washington’s assertion that “When we assumed the Soldier, we did not lay aside the Citizen” is justly famous for capturing the traditional attitude of the American citizen-soldier. While the nation at times has requested or required that citizens fulfill the highest form of civic duty, there have always been individuals who have voluntarily donned its uniform. Viewing military service as a form of public service, many, not surprisingly, have followed their days in the military by pursuing other forms of civic service, notably in the halls of government.

Although American democracy demands a military-civilian divide in regard to political power, voters have shown they are comfortable with electing officials with military service on their resume. Indeed, despite the colonists’ Revolutionary-era complaints about the British conflating military and political power, of the first 25 men to become president, 21 had military experience.

Nevertheless, for well-on 30 years military veterans have been a decreasing presence in Congress. In 1971, veterans made up 72 percent of the House of Representatives and 78 percent of the Senate. In 1991, the Congress that approved the use of force against Iraq in Operation Desert Storm had only slightly more veterans than non-veterans. In today’s Congress, veterans hold 20 percent of Senate seats, while 18 percent of House members are veterans. And regardless of who wins the presidency this time around, three of four recent presidents will not have served in the military, and the one who did had no combat experience.

Perhaps the most significant reason is the current cost of running for Congress. The price tag for a Senate campaign stands near $10.5 million, the House near $1.6 million. Both political parties are likely to recruit candidates who have existing fundraising networks and abilities, with personal wealth often to boot. The high cost of political campaigns and highly restrictive campaign finance laws, which bind political parties, favor the incumbent and disadvantage the military veteran, whose earnings and savings is typically quite modest, as is his immediate circle of friends and associates.

Any reversal of the declining trend in veterans in the halls of Congress will probably begin with the one tried-and-true way to gain legislative experience, build name recognition, and increase access to a fundraising network—election to a state legislature. State legislative office is a traditional steppingstone to federal office, with 50 percent of the 114th Congress, for example, composed of former state legislators.

From this perspective, the good news is that no fewer than 1,039 out of 7,383 state legislators have military experience—14 percent. While the clear majority, as in the US Congress, lean Republican, female veterans in the House, Senate, and state offices tend to break more evenly along partisan lines. And, as one might expect given the respective size of each of the services, Army veterans, from the active component, the Guard, and the Reserves, account for a majority of state and federal office holders. But each of the services, along with the Coast Guard, has veterans currently serving in the state legislatures.

As one might expect with the aging of the Vietnam-era cohort, Post-Cold War veterans make up an increasing share of all veteran state legislators. Post-9/11 veterans alone now total 20 percent of all congressional and state-level veteran legislators. And, strikingly, 41 percent of veterans running for Congress this year served after 9/11 (128 of 316).

The annual Military Family Lifestyle Survey released by Blue Star families in 2015 revealed that, when asked about their motivation for having joined the military, 95 percent of service members answered, “to serve my country.” Similarly, in a 2015 poll taken by Iraq and Afghanistan Veterans of America, the veteran population proved highly engaged and civic-minded: 93 percent were registered to vote, 80 percent reported voting in the 2014 election, and nearly 40 percent indicated they have considered running for public office.

Military veterans in American legislatures will not reach again the high levels of the 1970s. We fight our wars differently, requiring no massive, nation-wide conscription cutting across all the strata of society such as produced the diverse World War II and Korea veteran cohorts in the first place. But the rise of post-9/11 veterans pursuing public office demonstrates that, even with the high costs of entry, their commitment to public service endures.
at 5:32 PM