Does your DNA match? Find your missing POW 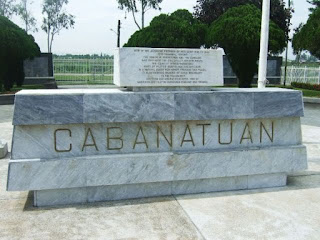 In 1946, nine remains were recovered from Cabanatuan Grave #110, Cabanatuan Cemetery #1 and moved to Manila Cemetery #2.  A year later, they were once again moved to the Manila Mausoleum at Nichols Field for the purpose of analyzing and identifying the remains.

Of the nine men listed only Pfc Kokitas was identified.  The analysts unsuccessfully attempted to associate these eight remains with the eight unresolved individuals believed to have been buried in Grave 110.

After a second attempt to identify the remains in 1949, the CIP analysts from HQ, AGRS PHILCOM ZONE recommended that these remains be classified as unidentifiable.  In 1950, the AGRS interred these eight unknowns in the Manila American Cemetery.

Researchers at the Defense POW/MIA Accounting Agency (DPAA) have collected documents and assessed historical evidence concerning Cabanatuan POW Camp cases for many years.  DPAA is engaged in a long-term project to fully account for the Cabanatuan missing.  This will involve a comprehensive review of all files associated with Cabanatuan, including the collection of genealogical data and DNA reference samples from the prisoners’ next of kin.

Currently, DPAA must have DNA samples of 60% or Family Reference Samples (FRS) on file for each grave before the U.S. government will consider approving a disinterment for the purpose of identification.  As of 31 October 2016, the Armed Forces DNA Identification Laboratory (AFDIL) has no FRSs on file for Grave 110.

If you are a next of kin of one of the men listed below and you wish for the DPAA to try to identify their remains, please contact Fred Baldassarre.