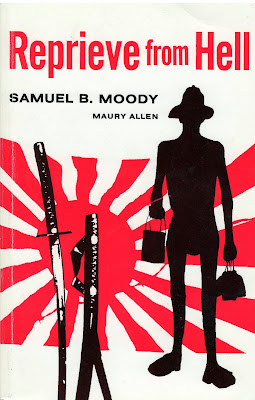 Click to read the foreword by  Congressman John Mica

Congressman John Mica and his father before him, were friends with Samuel B. Moody one of the founders of the American Defenders of Bataan and Corregidor. Sam, a member of the Army Air Corps, survived the Battle of the Philippines, the infamous Bataan Death March, a Hell Ship, and slave labor for Nippon Sharyo, Japan's premiere rail car maker. At the Narumi prison camp for Nippon Sharyo's factory, he was punished by being forced to stand at attention. Sam stood there for over 53 hours. It is one of the world's records for standing "motionless."

Mr. Mica reprinted Sam Moody's memoir of his prison camp experience, Reprieve from Hell, and wrote a new introduction. He gives a copy to every veteran who visits his office. Congressman Cliff Stearns (R-Fl) also distributes Sam's book to visiting veterans. Mr. Moody, who died in 1999, lived for a time in his district as well.

Every Congress, Mr. Mica introduces the Samuel B. Moody Bataan Death March
Compensation Act. It directs the Secretary of the military department concerned to pay certain compensation to individuals (or their survivors) who, as members of the Armed Forces during World War II:
(1) were captured on the peninsula of Bataan or the island of Corregidor in the Philippines by Japanese forces; and
(2) participated in and survived the Bataan Death March. Allows a survivor payment to be made to the nearest surviving relative of such individual.

This bill, which he introduced again on January 18, 2011 as H. R. 309, is unfortunately historically inaccurate and unfair to many who fought the Battle of the Philippines. No one captured on Corregidor participated in the Bataan Death March. Some on the Death March were able to escape and become guerrillas. Further, the Filipino Scouts on the Death March were techncially members of the Armed Forces and they did receive special compensation 2009-2010 through the Filipino Veterans Equity Compensation Fund. In addition, many who survived the Death March died soon after at the Camp McDonnell prison camp of disease, mistreatment, and starvation.

Interestingly, Mica has never reached out to the current ADBC and its descendants group for support. Nor does he push the bill with other veterans organizations. He is simply puffing up his veterans credentials by doing very, very little. Sadly, Mr. Moody is not there to complain.