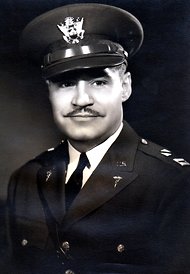 The Bataan Death March is considered one of the worst war crimes of World War II. With the April 9th surrender of the troops on Bataan in The Philippines, the Times reports:

With many already close to death, they [American and Filipino troops and civilians] were forced to trudge [65 miles]  toward a prisoner-of-war camp during a torrid time of year with little food or water. Those who stopped were killed. Japanese soldiers fractured skulls with rifle butts and cut off heads. Prisoners who tried to help fallen comrades were bludgeoned or stabbed. “One 18-year-old I knew, he fell down,” Mr. Brown said in the book [see below]. “A guard came along and put a gun to his head, pulled the trigger and walked away.”

As horrific as the Death March was, the next three years as a slave laborer for the Mitsui Mining Company (today known as Nippon Coke & Enginieering Company which is now owned by Mitsui, Sumitomo and Nippon Steel) in Bibai, Hokkaido was worse.  The Mitsui POW camp that held Mr. Brown included 238 British, 50 Americans, 53 Dutch, 8 Australians, one Canadian, and one Estonian (as recorded 15 August 1945). There were 114 POW deaths from abuse, malnutrition, disease, and lack of medical care. The Times reports:

The nightmare was hardly over when the survivors [of the Bataan Death March] arrived at the camp, or at the other camps in Japan to which many, including Captain Brown, were later taken. In three years in captivity Captain Brown was regularly beaten; thrown down stairs, seriously injuring his back; and struck in the neck by a rifle butt, causing a fracture. Though nearly 6 feet, he weighed 90 pounds when he was freed after the Japanese surrender.

Captain Brown's injuries were so severe that he was not expected to survive more than a few years after liberation. To learn more about his experiences as a POW of Japan and his inspiration for survival, see a new biography about him, Forsaken Heroes of the Pacific War: One Man’s True Story (2011).

Captain Brown's congressman is Jerry F. Costello (D-IL) who participates on both the Army and Air Force Caucuses. Representative Brown has NOT yet become a co-sponsor of H. Res. 333 honoring veterans like Captain Brown who were POWs of Japan (August 17, 20011).

The use of forced labor in Japan's mines was not unusual. A Japanese-government study of the history of coal mining on Hokkaido notes that the use of prisoners was the most effective sourcing for mining labor on the sparsely-populated island.

Mitsui is Japan's oldest and largest trading company. It operates in 67 countries and is involved in many projects in the U.S. You can find information on its early history HERE. Mitusi operated the greatest number of POW camps in Japan as well as owned the most "Hellships" that transported POWs to Japan and its colonies.

Requests to obtain an apology from Mitsui for its use of and profit from POW slave labor have gone unanswered. Mitsui's corporate social responsibility charter, is founded upon its published values, which begin with the company's commitment to: Build trust with fairness and humility. If you want to ask Mitsui why it refuses to apologize for its extensive use and abuse of POW slave labor, fax its Washington, DC office, (202) 861-0437 or call (202) 861-0660 or email.
at 9:59 AM