On July 23rd, the American Ex-Prisoners of War (AXPOW) veterans organization expressed its support for Congressman Mike Honda's resolution, H. Res. 333, welcoming the Government of Japan's apology to American former POWs of Japan and commending the persistent effort of those POWs for justice.

AXPOW felt that the resolution was a positive, important step toward strengthening the U.S.-Alliance and the now strong ties between once bitter enemies. Apologies and acknowledgment is meaningful, even 65 years later. 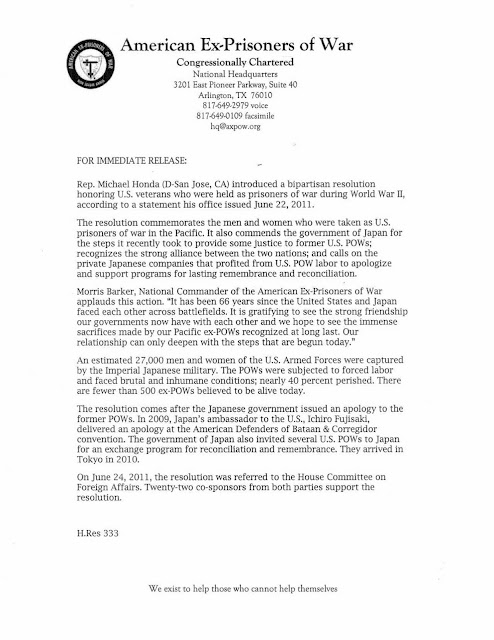