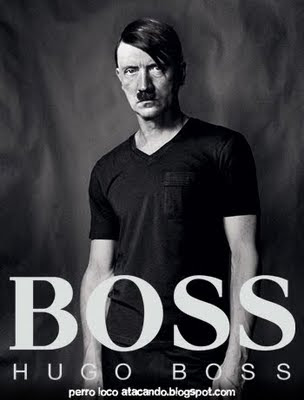 Apologies are good business. For the myriad German companies that used slave labor during World War II, their acts of contrition have made their country a model for meaningful reconciliation—even if it is 66 years later. Further, it definitively separates the modern company from its sordid past.  Recently, the German fashion house Hugo Boss reconfirmed this with its admission that the company was a purveyor of Nazi uniforms and user of slave labor.

In September, the company, now partly owned by an Italian conglomerate, apologized for its maltreatment of forced workers when it supplied the Nazis with uniforms. One of the company founder's first big contracts was to supply the brown shirts to the early Nazi party.

The Hugo Boss Group confirmed all this when it released last month a new book it financed by economic historian Roman Koester of the Bundeswehr (Federal Defense Force) University in Munich, Hugo Boss, 1924-1945. A Clothing Factory During the Weimar Republic and Third Reich. Koester explains how Hugo Ferdinand Boss's clothing factory in the southern German town of Metzingen employed forced laborers during the war.

Boss joined the National Socialist Party in 1931, and orders for the design and manufacture of uniforms from the party saved his factory from bankruptcy. As workers became scarce during the war, the factory employed 140 forced laborers, most of whom were women. A further 40 French prisoners of war worked for the company from October 1940 to April 1941.

The book concludes that company founder Hugo Boss was a loyal Nazi. "It is clear that Hugo F Boss did not only join the party because it led to contracts for uniform production, but also because he was a follower of National Socialism," wrote Professor Koester.

Both Mr Koester and the company insist that it had no influence over the contents of the book, although it provided the funding. The company said it financed Koester's research in order to add "clarity and objectivity to the discussion."

"It also wishes to express its profound regret to those who suffered harm or hardship at the factory run by Hugo Ferdinand Boss under National Socialist rule," it said on its website. In addition, it made a contribution to the international fund set up to compensate former forced laborers, known as The Foundation Remembrance, Responsibility and Future.
In contrast, Japanese companies that used forced and slave labor during the war have avoided all discussion of the issue and refused to acknowledge any culpability. Neither have these companies received the scrutiny or condemnation as those in Germany. The Japanese companies claim that they should not be held responsible for the acts of their predecessors. Interestingly, most the Japanese companies that used slave and forced labor have not changed ownership.
If you are interested in the imagery and branding of the totalitarian state, see:


Organizational Handbook of the NSDAP (1936)