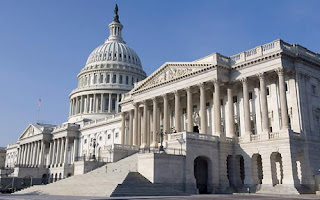 On the evening of Thursday, November 17th, the U.S. Senate passed by unanimous consent S. Res 333 co-sponsored by Senators Diane Feinstein (D-CA) and James Inhofe (R-OK). The text is as follows:

Welcoming and commending the Government of Japan for extending an official apology to all United States former prisoners of war from the Pacific War and establishing in 2010 a visitation program to Japan for surviving veterans, family members, and descendants.

Whereas the United States and Japan have enjoyed a productive and successful peace for over six decades, which has nurtured a strong and critical alliance and deep economic ties that are vitally important to both countries, the Asia-Pacific region, and the world; Whereas the United States-Japan alliance is based on shared interests, responsibilities, and values and the common support for political and economic freedoms, human rights, and international law;

Whereas, from December 7, 1941, to August 15, 1945, the Pacific War caused profound damage and suffering to combatants and noncombatants alike;

Whereas, among those who suffered and sacrificed greatly were the men and women of the United States Armed Forces who were captured by Imperial Japanese forces during the Pacific War;

Whereas many United States prisoners of war were subject to brutal and inhumane conditions and forced labor;

Whereas, according to the Congressional Research Service, an estimated 27,000 United States prisoners of war were held by Imperial Japanese forces and nearly 40 percent perished;

Whereas the American Defenders of Bataan and Corregidor and its subsequent Descendants Group have worked tirelessly to represent the thousands of United States veterans who were held by Imperial Japanese forces as prisoners of war during the Pacific War;

Whereas, on May 30, 2009, an official apology from the Government of Japan was delivered by Japan’s Ambassador to the United States Ichiro Fujisaki to the last convention of the American Defenders of Bataan and Corregidor stating, ‘‘Today, I would like to convey to you the position of the government of Japan on this issue. As former Prime Ministers of Japan have repeatedly stated, the Japanese people should bear in mind that we must look into the past and to learn from the lessons of history. We extend a heartfelt apology for our country having caused tremendous damage and suffering to many people, including prisoners of wars, those who have undergone tragic experiences in the Bataan Peninsula, Corregidor Island, in the Philippines, and other places.’’;

Whereas, in 2010, the Government of Japan through its Ministry of Foreign Affairs has established a new program of remembrance and understanding that, for the first time, includes United States former prisoners of war and their family members or other caregivers by inviting them to Japan for exchange and friendship;

Whereas six United States former prisoners of war, each of whom was accompanied by a family  member, and two descendants of prisoners of war participated in Japan’s first Japanese/American POW Friendship Program from September 12, 2010, to September 19, 2010;

Whereas Japan’s Foreign Minister Katsuya Okada on September 13, 2010, apologized to all United States former prisoners of war on behalf of the Government of Japan stating, ‘‘You have all been through hardships during World War II, being taken prisoner by the Japanese military, and suffered extremely inhumane treatment. On behalf of the Japanese government and as the foreign minister, I would like to offer you my heartfelt apology.’’;

Whereas Foreign Minister Okada stated that he expects the former prisoners of war exchanges with the people of Japan will ‘‘become a turning point in burying their bitter feelings about the past and establishing a better relationship between Japan and the United States’’;

Whereas Japan’s Deputy Chief Cabinet Secretary Tetsuro Fukuyama on September 13, 2010, apologized to United States former prisoners of war for the ‘‘immeasurable damage and suffering’’ they experienced;

Whereas the participants of the first Japanese/American POW Friendship Program appreciated the generosity and hospitality they received from the Government and people of Japan during the Program and welcomed the apology offered by Foreign Minister Okada and Deputy Chief Cabinet Secretary Fukuyama;

Whereas the participants encourage the Government of Japan to continue this program of visitation and friendship and expand it to support projects for remembrance, documentation, and education; and

Whereas the United States former prisoners of war of Japan still await apologies and remembrance from the successor firms of those private entities in Japan that, in violation of the Third Geneva Convention and in unmerciful conditions, used their labor for economic gain to sustain war production:

Now, therefore, be it Resolved, That the Senate

(1) welcomes and commends the Government of Japan for extending an official apology to all United States former prisoners of war from the Pacific War and establishing in 2010 a visitation program to Japan for surviving veterans, their families, and descendants;

(2) appreciates the recent efforts by the Govrnment of Japan toward historic apologies for the maltreatment of United States former prisoners of war;

(3) requests that the Government of Japan continue its new Japanese/American POW Friendship
3 Program of reconciliation and remembrance and expand it to educate the public and its school children about the history of prisoners of war in Imperial Japan;

(4) requests that the Government of Japan respect the wishes and sensibilities of the United States former prisoners of war by supporting and encouraging programs for lasting remembrance and
11 reconciliation that recognize their sacrifices, history, and forced labor;

(5) acknowledges the work of the Department of State in advocating for the United States prisoners of war from the Pacific War; and

(6) applauds the persistence, dedication, and patriotism of the members and descendants of the American Defenders of Bataan and Corregidor fo their pursuit of justice and lasting peace.

Historians of Japan's apologies will find it interesting that Japan's "friends" in the Senate insisted that the Resolution's "Resolved" clauses do not reference Japanese "war crimes." Clause 2 does not thank Japan for its apologies for its war crimes, but instead simply states its "historic apologies for the maltreatment of US POWs." This refusal to acknowledge that Imperial Japan was responsible for war crimes is in keeping the Japanese government view that the war crimes trials had no legal standing.

The current Prime Minister Yoshiko Noda has publicly agreed with a common misconception that Japanese leaders convicted of war crimes, such as crimes against humanity, at the end of World War II were not criminals under domestic law. He has also noted that they and others convicted of general war crimes were exonerated when they were pardoned in the mid-1950s. This view contradicts Japan's agreement to accept the Postsdam Declaration and the San Francisco Peace Treaty.

Also missing from the final bill is a "Resolved" clause request for Japan's corporations that used POW slave labor to follow the example of their government by issuing their own apologies. This too was lobbied out by Japanese interests. Whereas Japan's Foreign Ministry argues that it cannot tell Japan's companies what to do, they seem to be able to defend these very same companies.

These views of Japan's war history and practice of shirking responsibility are clearly a national policy protected by Japan's embassies worldwide. What is troubling is that there are U.S. senators willing to pander to this ahistorical policy at the expense of America's veterans.
at 7:58 PM