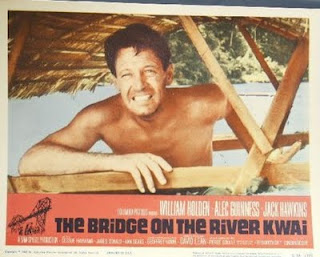 In barely an hour of fierce nighttime fighting on February 28, 1942 against a massive Japanese invasion force, the heavy cruiser USS Houston CA-30 and most of its crew lay at the bottom of Bantam Bay in the Dutch East Indies. The ship’s captain was killed during this Battle of Sundra Strait and only 368 of the total complement of 1011 men of the USS Houston managed to reach shore. With the sinking of the Houston, the US Asiatic Fleet came to an end.

The Houston and the Australian cruiser HMAS Perth were the only vessels to survive the previous day’s Battle of the Java Sea where 12 Allied ships were lost. Both ships were sunk in the Battle of Sundra Strait. In all the Houston took four to six torpedoes, three entire salvos, eleven individual hits and additional hits that may have been shells or torpedoes. Every source mentions her flag was flying as she sank, perhaps quoting an account by a crewman: " . . .a sudden breeze picked up the Stars and Stripes still firmly two blocked on the mainmast, and waved them in one last defiant gesture."

The surviving crews of both ships dodged machine gun fire to make their way to shore. There they became prisoners of war of Japan. All ended up being sent to build the Thai-Burma Death Railway.

The building of the railway will forever be remembered through the movie Bridge on the River Kwai (1957), which opens with a bare-chested William Holden as former USS Houston sailor on burial detail at a Japanese POW camp in Burma. None of the starved and beaten sailors toiling on the railway ever looked as hale as Holden and none remember a single act of kindness from their Japanese captors. See the account by Otto Schwarz.

One of the best books on the USS Houston is Ship of Ghosts: The Story of the USS Houston CA-30, FDR's Legendary Lost Cruiser, and the Epic Saga of Her Survivors by James D. Hornfischer. A newer movie on being a POW on the Burma railway is To End All Wars (2001) stared Keifer Sutherland.

On Thursday, November 17, 2011 (11:00am) the USS Houston Survivors Association and Next Generation  will unveil  a new display case for a refurbished 14-foot model of the USS Houston CA-30 exhibited at The National Museum of the US Navy.  The public is invited.

UPDATE: You can see for yourself what a "grand day" the unveiling of the USS Houston CA-30 was if you visit the Navy Historical Foundation's website. Over the past 17 months, the Curator of Ship Models with Navy Sea Systems Command, Dana Wegner and his staff, spent hundreds of hours refurbishing the 1929 vintage model of the Northampton-class cruiser USS Houston. Their hard word certainly paid off and was much appreciated. Three survivors participated, Raymond Kester, Howard Brooks, and David Flynn. You can find pictures on the site of the ship model, its new case, and the dedication's participants.


There are nine congresspeople from Houston, the namesake of the ship. In Sam Houston Park there is a memorial monument to the men of the USS Houston. It was dedicated on Veterans Day 1995. Only one, Al Green (D-TX-9) has become a co-sponsor of H.Res. 333 honoring these brave men. Write and tell these members of congress how disappointed you are.