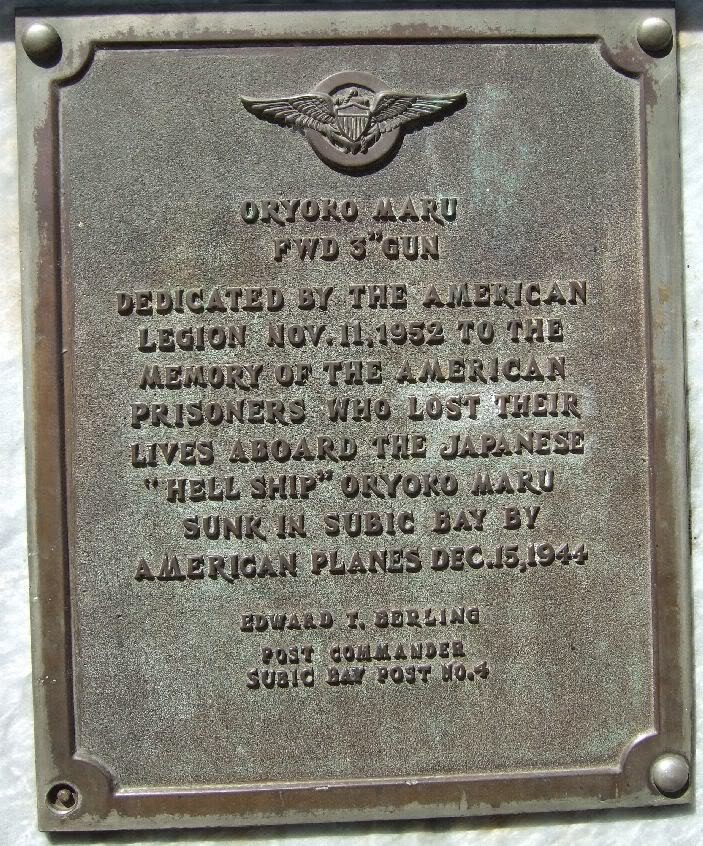 The Oryoku Maru Story
Two hundred POWs were killed when US planes sunk the Oryoku Maru on December 15, 1944. They were part of a group that was herded onto the ship's dark holds on December 12th who had already endured two years of brutal captivity under the Japanese. Of the approximately 1,619 POWs who had boarded the Oryoku Maru in Manila, the Philippines, 450 survived the voyage to Japan; of those 450 survivors, 161 died in Japanese slave labor camps. Only 271 men of the original 1,619 survived to be liberated in August 1945.
at 12:59 AM