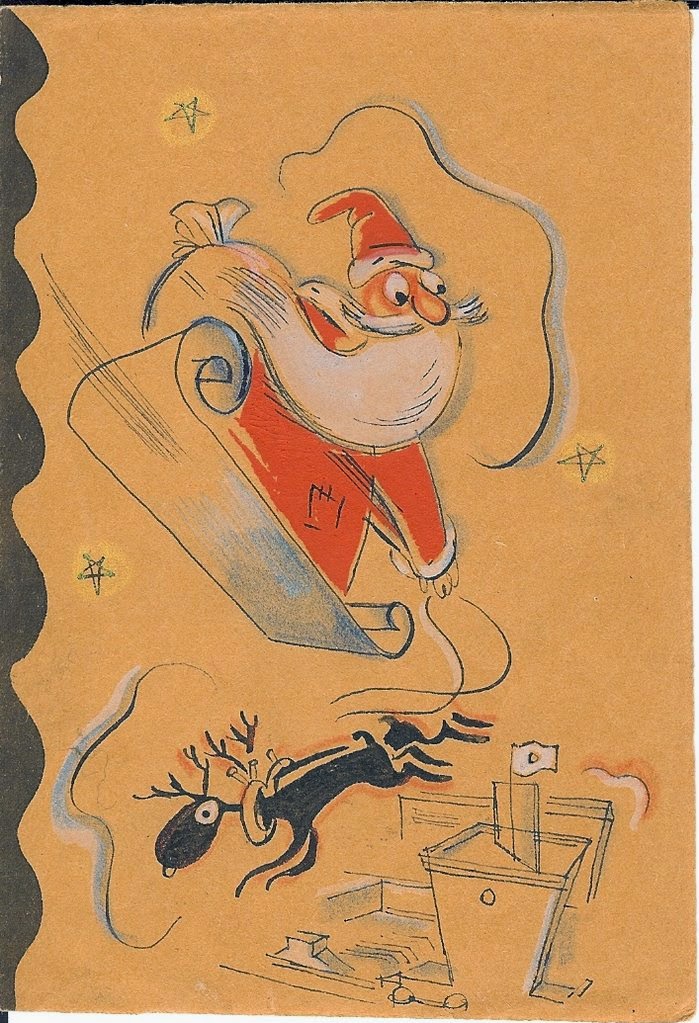 Ronald Searle was one of Great Britain's most famous illustrators and cartoonists. His work graced many a cover of the New Yorker. An architectural draftsman for the British Army, Searle was captured by the invading Japanese in Singapore March 1942. For the next three years until September 1945 he endured the horrors of the Changi prison camp and then the building of Thai Burma Death Railroad. Throughout, he continued draw even switching to his right hand when his dominant left hand was covered in ulcers. Above is a Christmas card he sent to a fellow former POW. The tower is the one in Changi. To the Kwai and Back is a collection of Searle's war drawings.
at 8:47 PM