"Unbroken" is an opportunity for truth telling and reconciliaiton 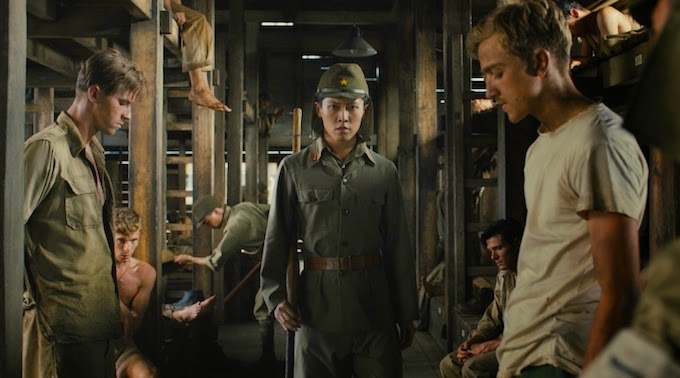 On most Mondays, we are fed the mildly diverting and largely irrelevant data about weekend box office grosses. Not this Monday. This week we are left to ponder the gross excesses of censors — three to be exact.

First there was the assertion of a scary cyberbullying attack by North Korea seeking to abort the launch of a comedy about a fictional attempt to off Pyongyang’s awful leader. While there’s now skepticism about North Korea’s role, what’s not in dispute is that there is nothing funny about life in North Korea. Tragically, the long-suffering people there, including hidden Christians, did not wake up on Dec. 25 to find regime change gift-wrapped under illegal Christmas trees.

Next came the thought police in Casablanca and Cairo, who have rated the epic remake of the biblical “Exodus” “Z” for Zionist. Apparently, they are less disturbed that God was relegated to a minor supporting role in the narrative than they are that muscular “white guys” dominate the screen and that the movie has the audacity to suggest that Hebrew slave labor contributed to ancient Egypt’s unique skyline. All this from two of the most “moderate” Arab societies.

But these two incidents, both generated in tightly controlled societies, pale in comparison to the decision of a leading studio to stop the release of a true story in a sister democracy.

On Christmas Day, Universal Pictures released Angelina Jolie’s “Unbroken" — which depicts the remarkable life of Louis Zamperini, an Olympic runner who became a prisoner of war of the Japanese — all over the world … except in Japan.

The Los Angeles Times reported that “Unbroken,” with its unflinching depiction of the brutality of Japanese POW camps during World War II, would have encountered considerable resistance there.

Already millions of viewers — most of them born long after the Second World War — have been inspired by Zamperini’s sheer determination to survive unimaginable brutality at the hands of the Japanese; his struggle with post-war PTSD; and his finally being able to forgive his former tormentors. People in the very country where these events took place are now robbed of the opportunity to learn from their nation's past.

Why did Universal feel compelled to make this draconian move? Japan is no North Korea. She is one of the United States’ closest allies, with almost 70 years of friendship based on shared values of democracy and human rights. Shouldn’t the Japanese people be trusted to face their past, even their history’s darkest chapters like POW abuse?

One of us recently attended the signing at the State Department of a joint agreement between France and the U.S. that calls for France to provide $60 million in compensation to Holocaust survivors it deported to Nazi concentration camps. But it was not only about money. Speaking for France, Patrizianna Sparacino-Thiellay, the ambassador-at-large for human rights in charge of the Holocaust, declared, “This agreement is a further contribution to recognizing France’s commitment to face up to its historic responsibilities.”

The Japanese people deserve this kind of commitment from their leaders, not the overwhelming denial of history that led to the “Unbroken” blackout.

It took until 2009, when then Japanese Ambassador Ichiro Fujisaki, on behalf of his government, apologized to former American POWs at their last national reunion, for the real reconciliation to finally start. Because of the ambassador’s commitment to improving U.S.-Japan relations and his willingness to work closely with Dr. Lester Tenney, a survivor of the Bataan Death March and of forced labor in a Japanese coal mine, a POW invitation program to promote reconciliation funded by the Japanese government started in 2010.

Former POWs in their late 80s and 90s who went to Japan were finally able to feel peace and a sense of closure as they visited the places where they had endured hard labor and were warmly welcomed by today’s Japanese. U.S. Ambassador Caroline Kennedy praised this program. The positive publicity generated by the surviving ex-POWs’ yearly visit has been helping younger Japanese to learn about what happened to POWs in their country — in most cases, for the first time.

One group that must have welcomed the “Unbroken” cancellation was the very Japanese companies that enslaved American POWs. Of some 12,000 Americans who were sent to Japan after being captured on the battlefield, 1,115 died while being forced to work for these companies. Their refusal to honor the request of aging ex-POWs who insist “We survivors want our honor returned; we want you to apologize” is not worthy of Asia's leading democracy.

In contrast, France's state-owned railway company, SNCF, whose trains were used to deport Jews from France to Auschwitz, has expressed regret for those actions, opened its WWII archives to historians and increased its financial commitment to Holocaust education in France, Israel and the U.S.

In 2015, some Japanese companies that used and abused American POWs will try to sell their high-speed rail technology to the U.S., as will SNCF. These Japanese companies should emulate their French competitor by issuing an apology and committing themselves to educate the future generation on the history of American POWs of the Japanese. Showing “Unbroken” across Japan can be one way to show such a commitment, as well as reassuring her neighbors on both sides of the Pacific that the mindset that led Japan into World War II is a thing of the past, not an inspiration for the future.
at 12:21 AM